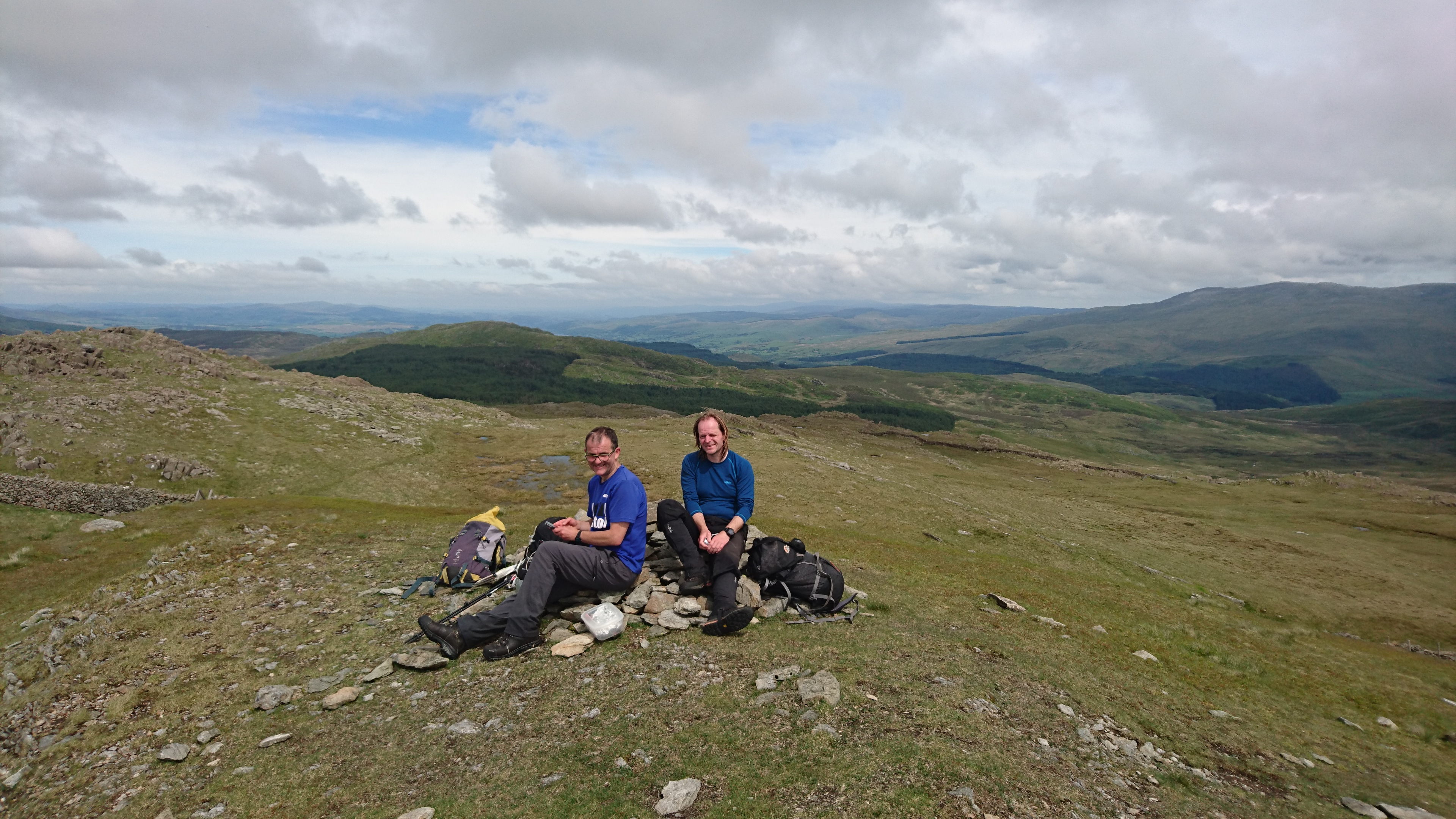 The Mid Wales trip had a good turnout with Roz, Sam, Chris, Dave, JP, Nigel, Mike, Elaine, Nick, Alex, Andrew, Dan, Niall, Kevin, Dave and Jake turning up at various points over the bank holiday weekend. We stayed in a lovely campsite in Dinas Mawddwy surrounded by what seemed like 50 free range chickens!

After starting with the weekend with a literal bang, or thunderstorm, some of the AMC group looked whistfully at guidebook descriptions of mountain routes before coming to their senses and looking at the weather forecast. A decision was made for Barmouth Slabs, less atmospheric but more dry!

Out of the group Andy and Niall were new to Trad Climbing and got their first taste of leading a couple of Diff and Severe routes, Alex and Elaine also had a good session leading up to VS on a number of tricky crags. Dave and JP tackled everything on offer finishing including an E1 led by JP after Dave got half way up and wimped out, before giving into the promise of Cake and Tea in Dollgellau. As the weather closed in, the team decamped to the pub and polished off a session with Fish and Chips and beer in the local thanks to Roz’s local knowledge. A good summing up by Dave B was “We got stuff done!”

Chris, Mike, Roz and Sam when for a circular hike from the campsite up to Foel Dinas, via the quarry, and then up Maesglase. As the weather was beginning to turn, the team headed back to the café in Dinas Mawddwy to escape the rain. After their fill of coffee and cake the quartet headed off for a short walk to Bryn Hafod and the waterfall behind it. Mike explained how back in the day he and his friends discovered a bunch of scantily clad women in the pool at the bottom of the waterfall. Unfortunately there were no bikini clad hotties here today but that didn’t stop Mike from whipping his kit off and jumping in whilst the team looked on wondering if he’d catch hypothermia or a fish. Chris also went for an accidental swim (in a tunnel) but if you want the full (or is that fall?) story you’ll have to speak with Roz.

Sunday saw Chris, Dave, Mike, Roz and Sam go for another hike after an excellent suggestion by Dave. The team drove through Coed-y-Brenin Forest to their start point, Cwm yr Allt-lwyd. The first peak on the list was Dduallt (662m). The weather was extremely humid and if the team stopped longer than a couple of minutes they became midge magnets with Sam become the “Temptress of Ticks”. After getting to the top, the team descended to Bryn Melyn AKA the Forest of Doom. The team split here with Roz & Sam opting to take the zig-zag path through the woods back to the car whilst Chris, Dave & Mike decided to take follow the old fence / walk on a bearing through the woods. After 500m of unspeakable horrors and wet boots the 5 somehow met up again despite walking off in opposite directions. After saying goodbye for a second time, Chris, Dave & Mike headed up to Rhobell Fawr (734m) for an impressive 360 degree panoramic view of southern Snowdonia. The trio then set off on a cross country stomp (because footbath are overrated) back to the car.

The remainder of the crew did various activities and Dave climbed a very slimy “pisa” on Cadair Idris.

The trad group and their new converts made a similar weather assessment despite the promise of less rain and once again forsook the mountains for a low lying crag at Carreg yr Ogof near Llyn Transfynned. Against the backdrop of a derelict nuclear power station and a lovely lake with the mandatory complement of midges, the team got some more trad leading under their belts across a number of mossy Diffs and Vdiffs. Eventually the sun made an appearance and another great day was had. Some of the AMC then headed off for home while the rest of the team went back for another stay at the camp. 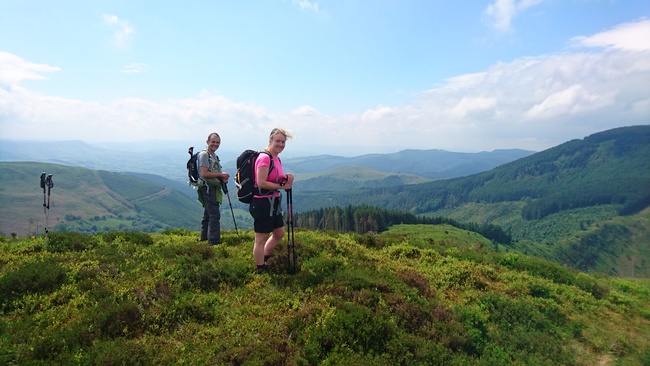 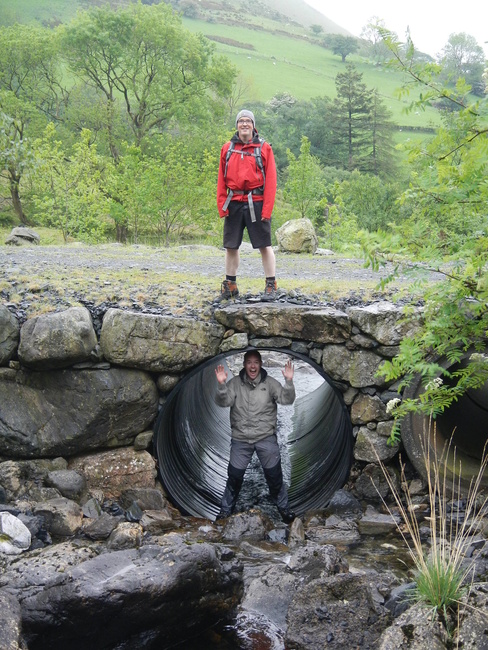 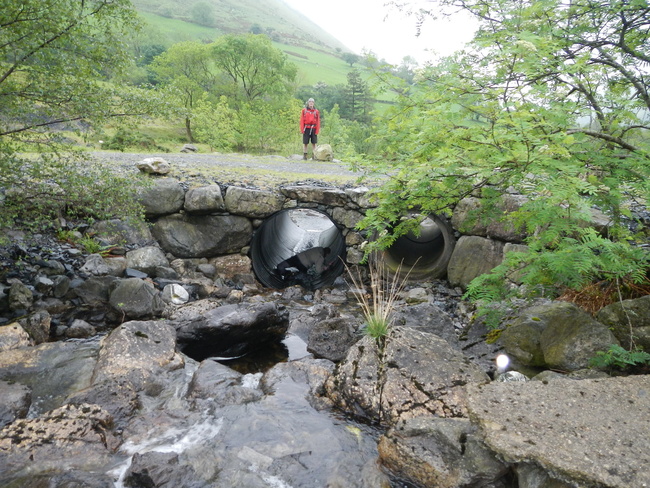 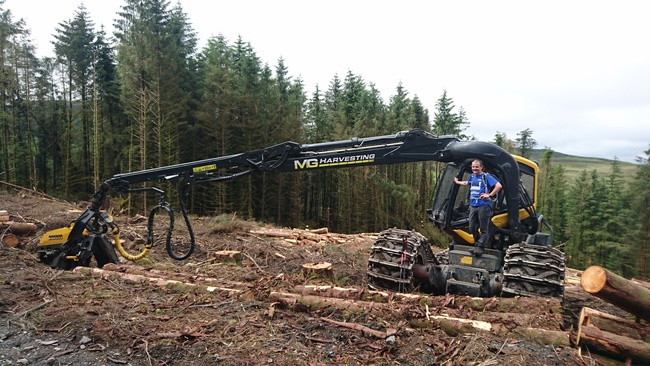 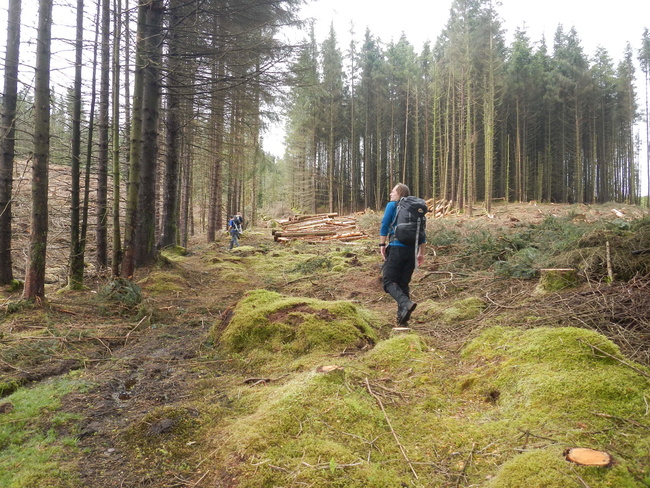 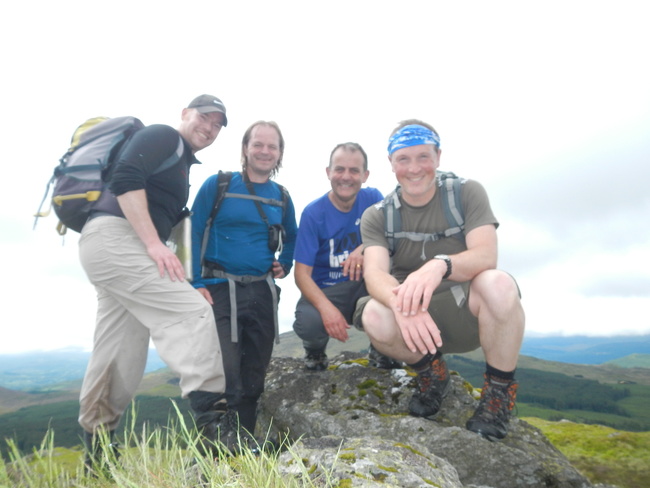 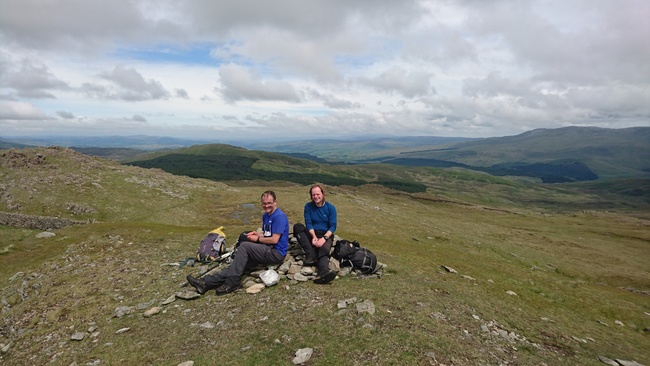