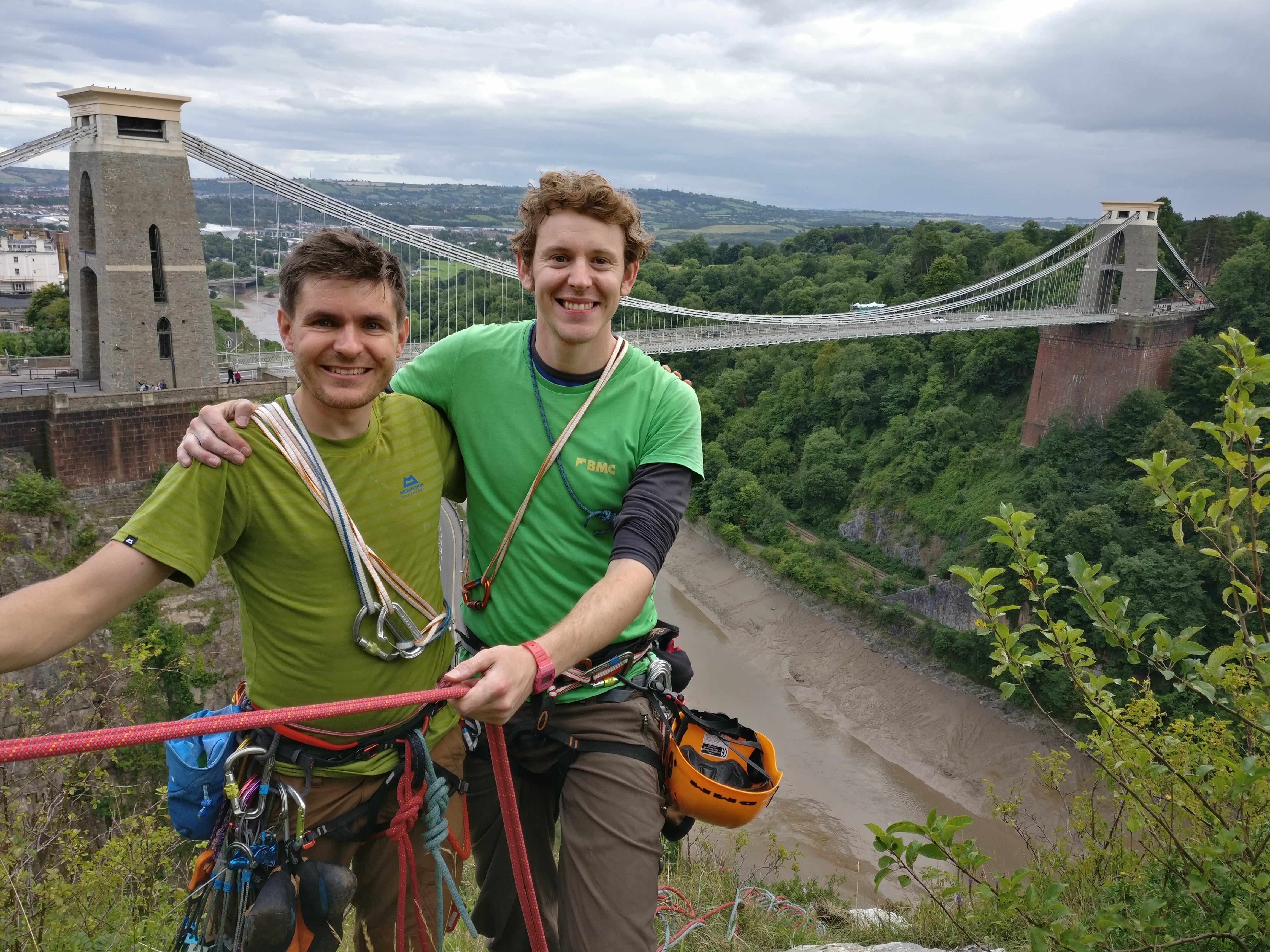 Turning 30, for some reason, is quite daunting. But what better way to mark it than by exhausting yourself in a climbing challenge?

Thirty pitches in the Avon Gorge came to mind. As a complete punter, it would be difficult but still achievable. The Avon VS Challenge nicely takes up about half the pitches and is something I’ve wanted to do for a long time. The rest would be easier climbs to keep things moving! In all 10 routes.

Of course, I also needed a willing partner. Who would agree to this? When I approached Max and he enthusiastically said ‘yes’, a pang of reality hit. I felt committed now! 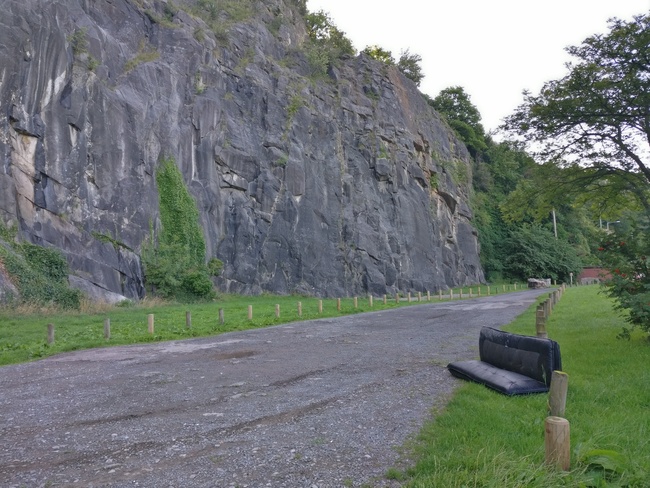 Thus began a nervous weather watch, with the forecast seeming to change more frequently than the White House Press Secretary (ha). On the day itself, rain was predicted from lunchtime. This added an air of jeopardy, but we decided to see how far we could push our luck.

Rubber touched rock at 7:45. Morpheus (VDiff) to warm up, followed by Unknown Wall (VS). The pressure to move fast felt greatest at the beginning. I think we both wished we had started a bit earlier.

Incidentally, the VS challenge suggests that Unknown Wall can be completed, roped up in pitches, car to car in under 22 minutes (not sure if that includes an ice cream). I really struggle to fathom this!

Max and I had climbed most of the routes before, but it’s been a long time for many of them. We were a bit nervous about our abilities. Gronk (VS) flared those feelings, slowing us down quite a bit. At the top, we were surprised to meet Dave B who had come to lend some moral support. Three routes down and spirits lifted, we marched on. 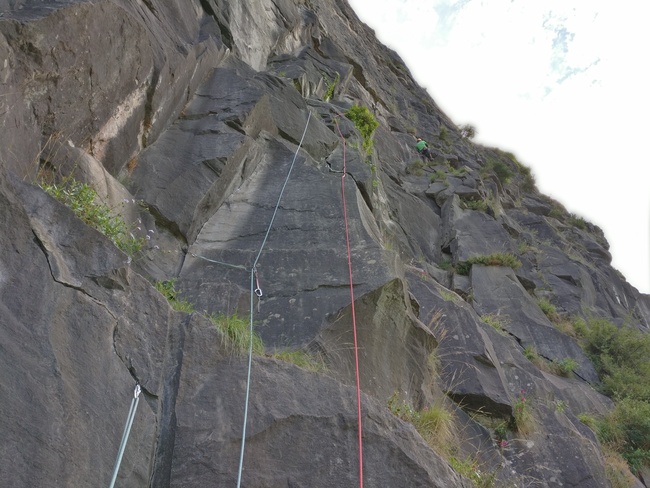 What climbing blog post is complete without a distant butt shot? Max on Gronk’s middle traverse.

Max then shot up the first two pitches of Nightmare (S) in the shining sun. I should clarify here that our aim was to run pitches together where we could, saving time, but we counted them as they appear in the guide.

Next up was Syph (S), a single pitch serving mainly to give us a round number. Now it had started to drizzle. Thinking perhaps our luck was up, we headed over to Main Area for lunch and to see what the weather would do. 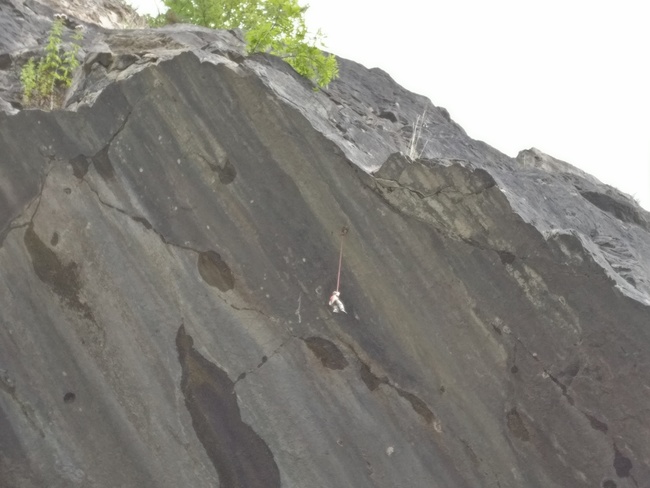 We prayed to Action Jib to keep the wet at bay…

With a break in the rain, we started up Dawn Walk (S). About now the post lunch lull kicked in. Combined with another shower, spirits were sinking. We didn’t want to get rained off so far in to the challenge! We continued knowing there was a good ab station ahead if we needed to bail. To the left was thick cloud, to the right was blue sky.

Thankfully, blue sky prevailed. The sun even came out again as we polished off Sinister (HS) and Clarion (VS). By this point I think we were both feeling tired, but knowing we were so close kept us going.

Climbing in the Main Area meant we could get to Lunchtime Ledge and ab down quickly, keeping the pace up. Now on Piton Route (VS), things slowed again. Having done it before, I remembered the glassy foot holds on the airy traverse. What my mind seemed to have blocked out was the lack of handholds. It certainly felt as fresh as ever! 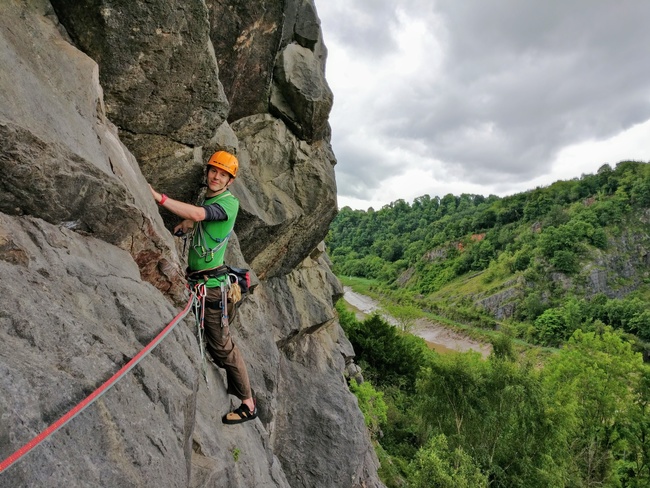 Where are the hand holds??

From the top, we moved quickly towards our final route, Giant’s Cave Buttress (VS). The fantastic final pitch holds a tricky rockover – the most daunting move of the day. Of course, Max kindly made sure I would be the one to lead it. He flew up the first two pitches.

As I followed, the sky began to spit. That sinking feeling returned. There were visions of us abbing off in the soaking wet, just one pitch short. Max joked the route would now be HVS. 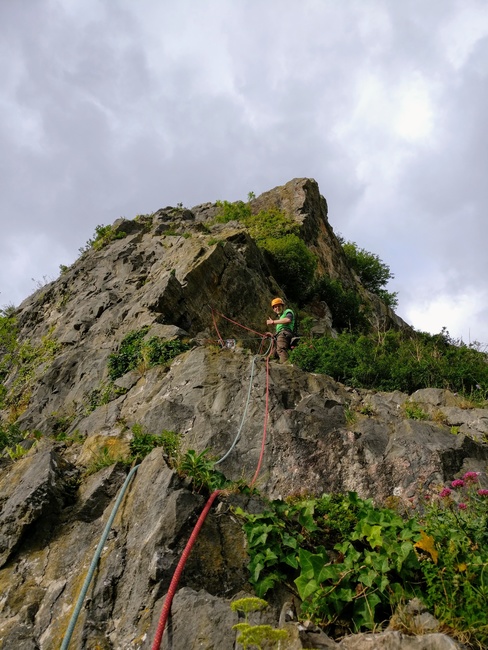 But again luck was with us. The shower passed with the rock unaffected. Arriving at the rockover move, it seemed more steeply angled and (somehow) more polished than ever. Finally tackling it resulted in a huge sense of relief!

We finished at 19:20, and were greeted by Becky B at the top. Then it was off to the pub, and the heavens opened for a serious downpour – we really did push our luck! 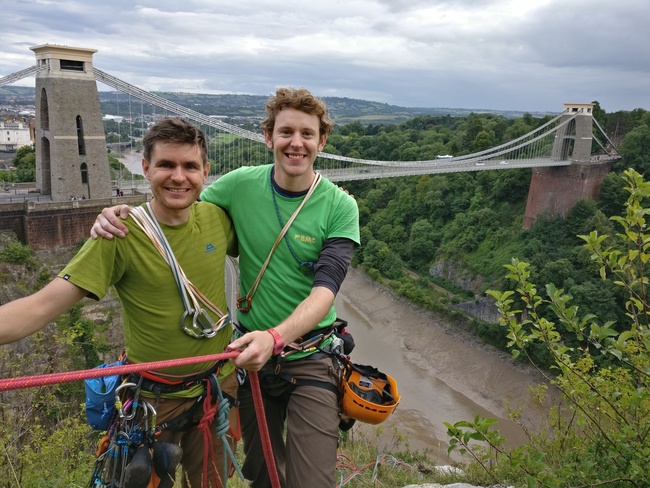 At the top in the nick of time…

Here is a list of the climbs and pitches (according to the new Avon guide) & our approximate times on each route:

Total time was 11 hours 34 mins. Of that, about 8 hours 30 mins was spent climbing, and the rest walking or abbing between climbs (although I must admit we did drive from Sea Walls to Main Area).