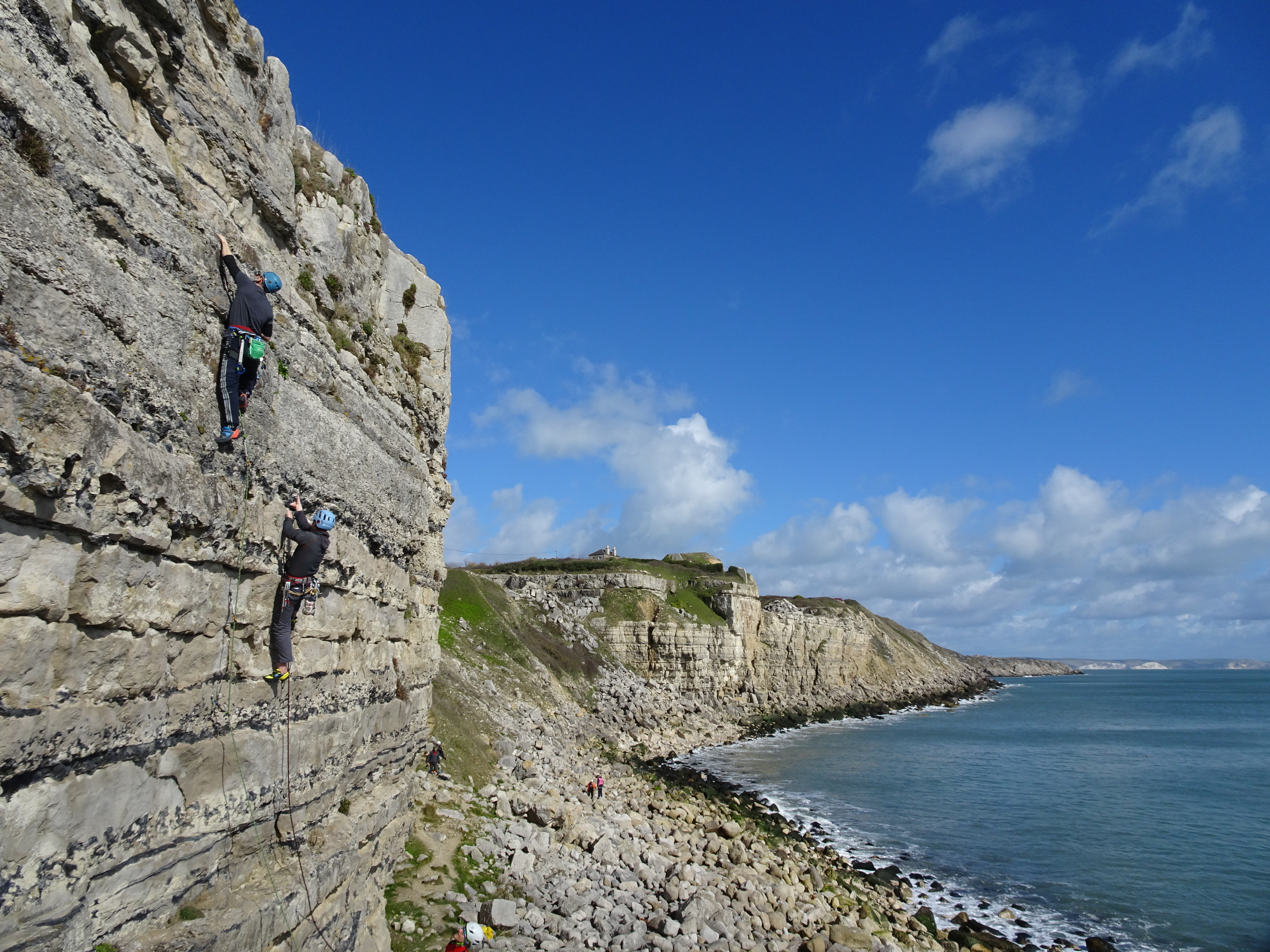 After a wild week when Storm Gareth whipped up some high winds and miserable greyness, it was an intrepid group of members who made the trip down to Portland in late March. No fear, it’s always sunny in Portland…

After a night in the Bunkhouse With No Windows we sought the place most likely to be out of the howling wind and repaired to the Cuttings, along with half the student population of Birmingham. Nothing quite boosts the ego like climbing alongside a complete beginner… until you actually get onto the rock, that is, and flail around like a good’un. For me Saturday mainly consisted of falling off things. I’ll blame the wind and cold, the alignment of the stars, my shoelaces… but really I was just being feeble on the first outdoor trip of the year.

That night the weather came in, and the 200m walk to the pub became an epic expedition through horizontal driving rain. After closing time mysteriously moved forward to 9pm (I didn’t think we were so rowdy as that…) an epic quiz game took place where prodigious memories of early-2000s music and sporting events was displayed.

Sunday dawned bright and sunny, and we headed to Neddyfields. There we found a profusion of more inspiring lines, and all tried our hands at an impressive 6b that moved through bold overhanging ground the whole way, before shutting us all down on the final abruptly technical move up to the chain. Nonetheless it was great to be out in the sunshine starting the season and getting back into the swing of steep limestone. I’m looking forward to many more AMC trips this year!