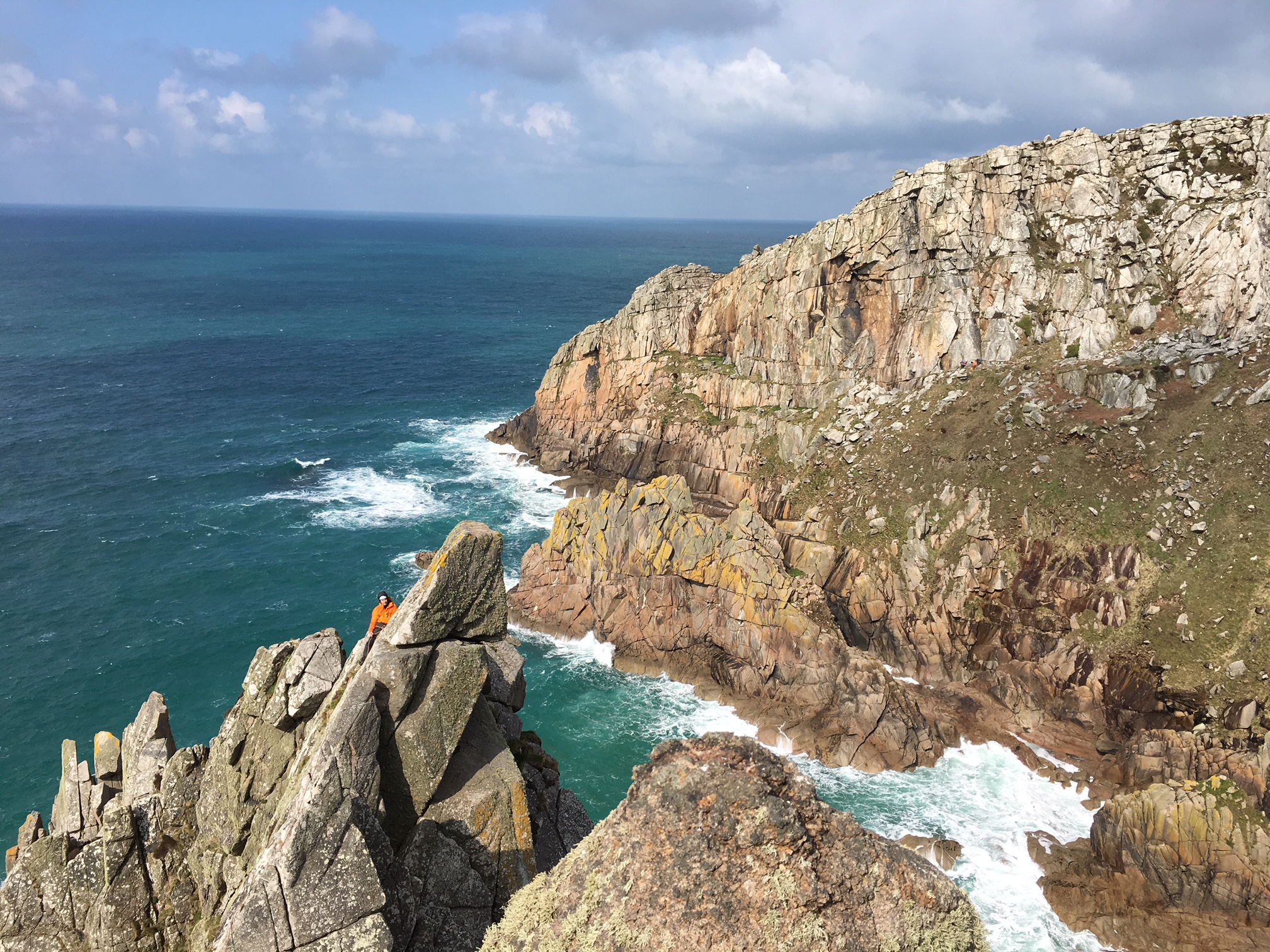 Arriving late on Thursday in the darkness and crunching through frozen grass to our reserved empty field, we were in for a cold night. I’d had a slew of drop-out emails and the weather forecast for the coming days wasn’t a favourable one, with a band of low pressure coming in from the west. Only Saturday or Sunday looking like anything would get done, though this was prone to change readily, and it was anyone’s guess as to whether any climbing would get done at all.

Thankfully we woke up to a brisk, clear morning with zero wind; Good Friday living up to its name. Jake, Dan, Harry, Mike K, Nick, Dave and I opted for some long multi pitches at Chair Ladder. After finding the scramble descent into the zawn and mounting a huge, slimy chock-stone, suspended high above the crashing waves with great trepidation, several classic routes were climbed. 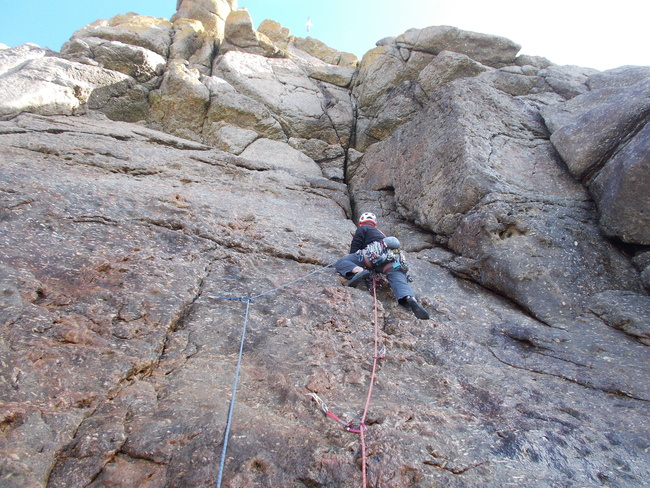 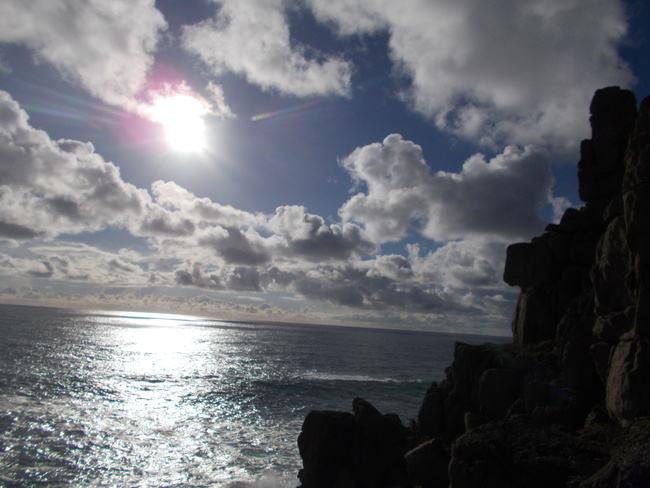 Back at the campsite the group cooked up in between bouts of intense table-tennis in the Games Room before bed.

The weather on Saturday was now looking less-than-perfect, so plans were made with a level of apprehension as we settled on Bosigran. With consistent cloud-cover and a cold breeze in the air, Dan went for a surf at the nearby Pra Sands and Nick prepped himself for a fanciful tour of St Ives’ tea rooms.

Harry and Mike kicked things off with the alpine-esque arête of Bosigran/Commando Ridge (VD ***) before joining Mike K, Jake, Craig, Richie and I at Bosigran. The weather was not as perfect as the previous day but remained largely dry, and Doorway (S 4a **), Anvil Chorus (VS 4c ***) and Alison Rib (D ***) went, among others. 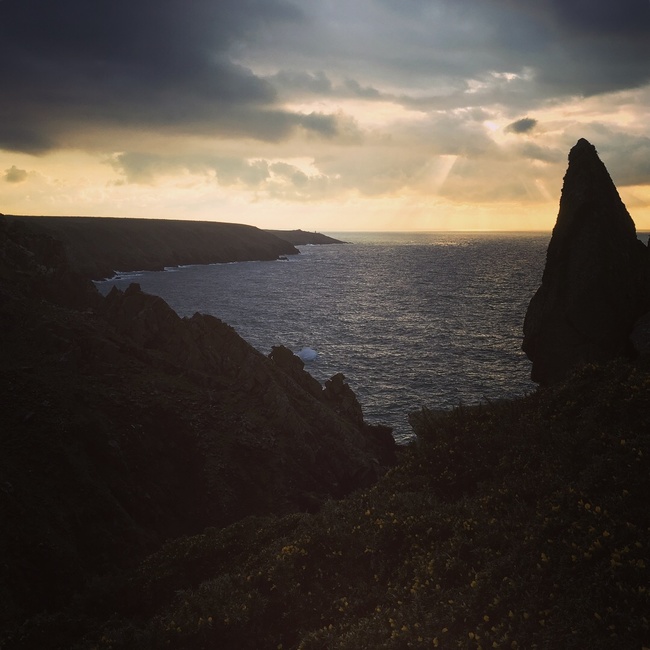 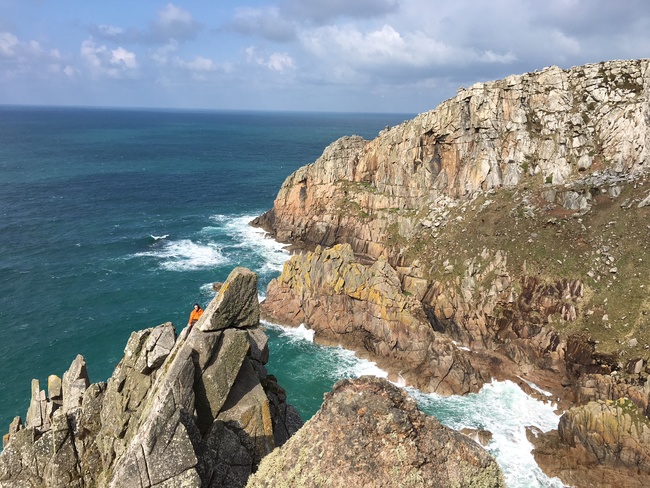 Afterward, we headed to the pub in St Buryan for food and drinks. It seemed a lot of people generally had been put off by the weather forecasts, as the Inn was far more subdued than it had been the previous Easter when we had struggled to find places to sit. A real shame, as we had had 2 solid days of great weather until that point.

Again, on Easter Sunday we woke to a disappointing weather forecast but it looked reasonable until midday, when an unavoidable front looked to be coming in. With that in mind, we headed for Trewavas Head where we could play on some low-commitment single-pitch lines before the rain hit us. 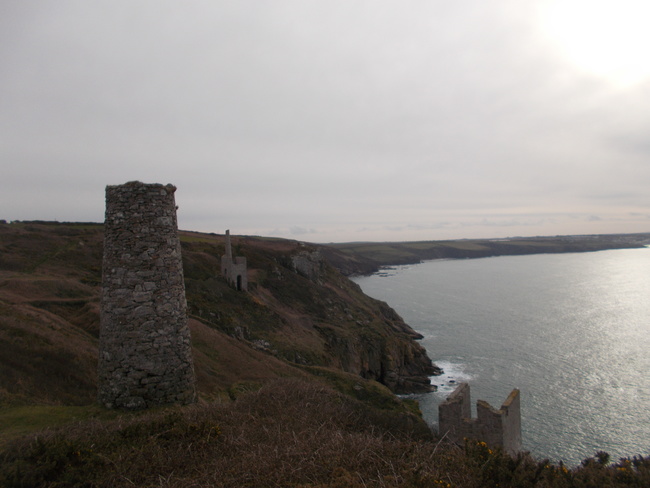 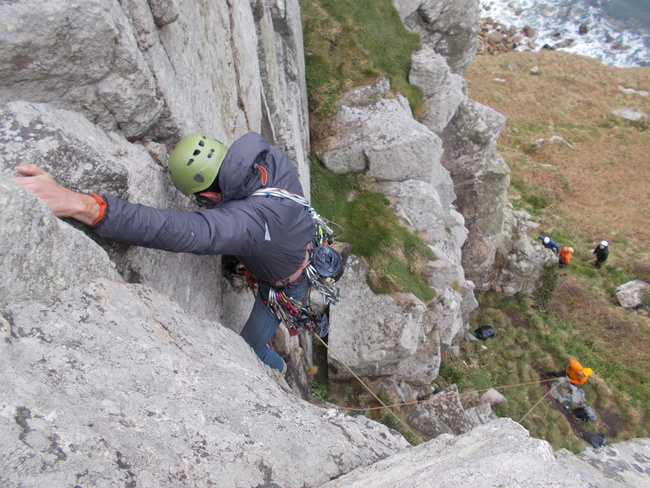 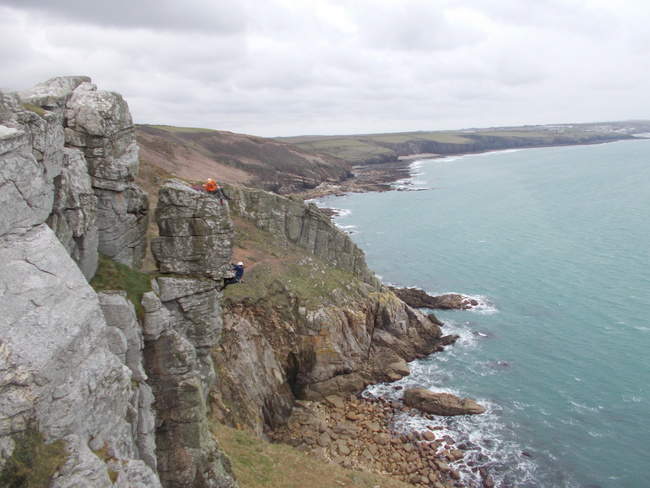 Mike and Dan on West Wing

As the rain started to blow in, the view over to The Lizard was ominous. It started to sprinkle, and with Easter Monday looking like a wash-out, we all opted to head back to Briz.

Home, via the ‘famous’ Philps pasty shop in Hayle!

It was a great trip and solid, dry Cornish granite. If you haven’t got out on it yet………why not?!