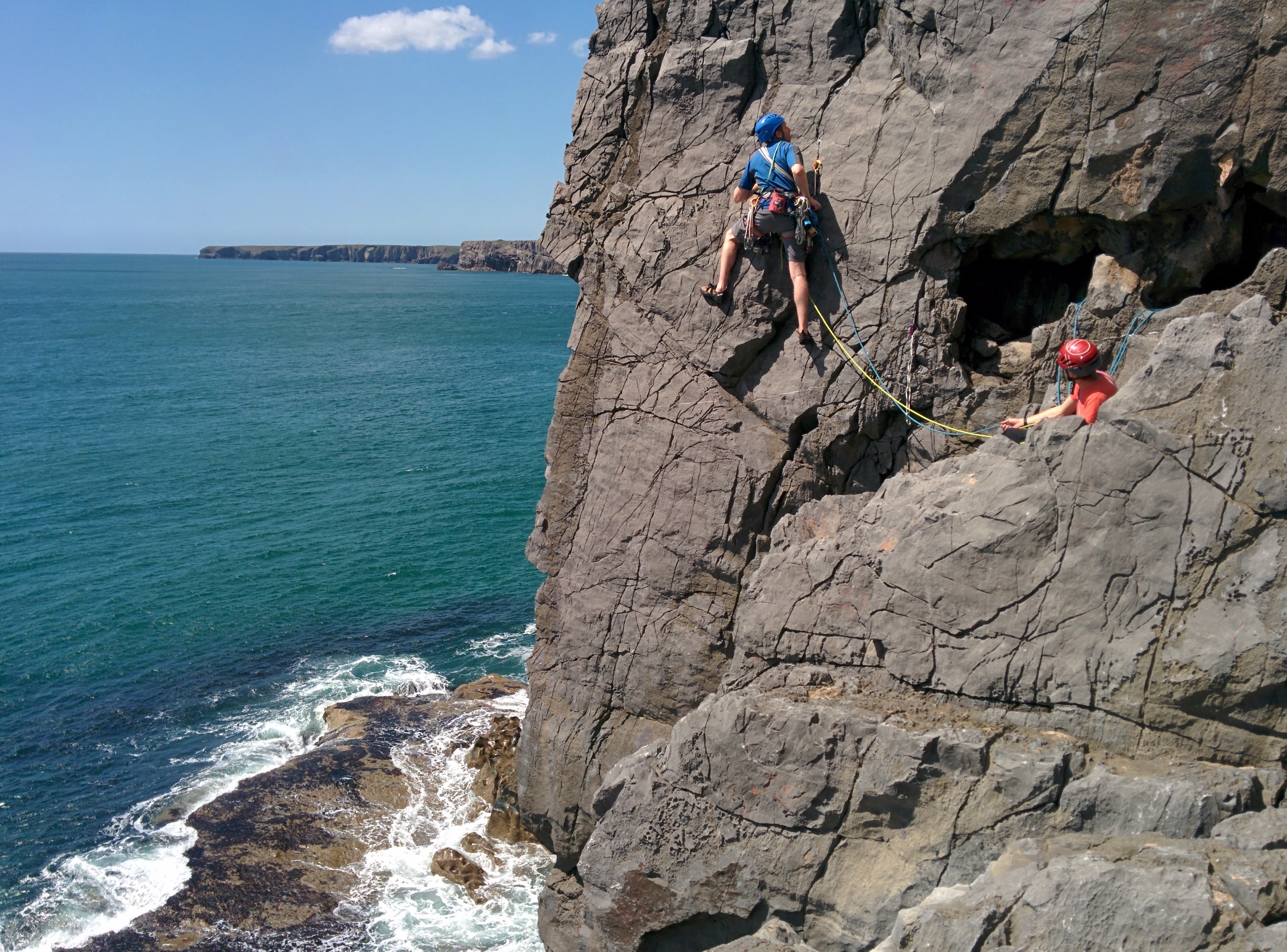 With a good weather forecast for the weekend around 20 AMC members headed to Bosherston in South Pembroke for a weekends climbing, walking and relaxing. A number of people headed up early on Friday to make the most of the good weather. Steve went for a walk along the coast to check out some of this planned objectives for the weekend while myself and Becky headed to Mother Carey’s Kitchen for a quick evening climb.

The next morning we woke up to a very windy but sunny morning. The wind proved to be major factor in most peoples day, due to being very cold but also due to it inducing a rather exciting swell. Despite the wind lots of excellent climbing was done with teams heading into Huntsman’s Leap, Saddle Head, The Castle and Bow Shaped slab.

Nick and Becky headed to the Castle and had to change their objectives a few times due to the swell, this resulted in Nick re climbing a route he put up a while ago. Here is an account from Nick.

It was interesting to re-visit a climb I had done the first ascent of over 12 years ago at The Castle. I still have a clear vision of parts of that first ascent in my head but it is strange that the repeat experience was different in many ways. One of these may be down to the conditions, the repeat was done with a big swell and waves crashing around the belay platform – Becky was sanguine about it all. None of the holds felt familiar and some details were not the same in my head but the bigger picture was there. It was pleasing that the route flowed naturally, is the obvious line on that part of the wall, and it was still standing in its original state.

Another thing we found is that if you are rushing to join the throngs at Saddle Head, do have a look at the routes under the descent ridge, we did and Gorgeous Grey Groove lived up to its name.

Rob was one of the party who headed to Bow Shaped Slab and he had the following to say:

Highlights for me were leading Bow-shaped slab and Sea Mist. Both amazing routes. Also the guillemots on Stack Rocks were amazing to see on the way to Bow-shaped slab.

The wind which was blowing everyone else off the crags had the effect of creating a small breeze through Huntsman’s Leap which did a brilliant job of drying it out. Richard and I had a fantastic day climbing every E2 out of the leap.

It wasn’t just climbing which was on the agenda, Roz and Sam attempted to head out to Skomer Island but all of the boats were sold out by the time they got there. So made the most of the good weather with some costal walking and beach chilling.

In the evening most people headed to the St Govans Inn for food, beer and an excuse to get out of the wind! While we were in the pub the wind began to die down and by the time we woke up the next morning it was a calm and sunny morning.

In the fantastic conditions lots more excellent climbing got completed, myself and Richard had a brilliant day at St Govan’s head. I “enjoyed” the ride back down from the top of the run out section on the Butcher when I failed to commit to the final hard move. Others headed back to Castle, Saddle Head and Stennis Head. A team finished off the weekend with the super classic VS of Blue Sky, which is always a really enjoyable climb. 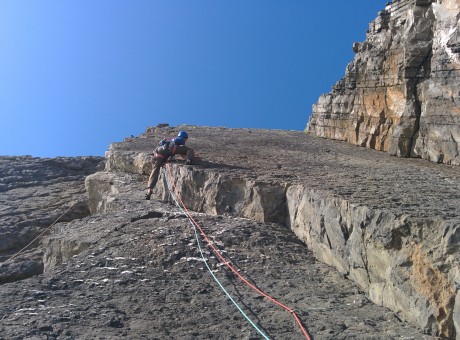 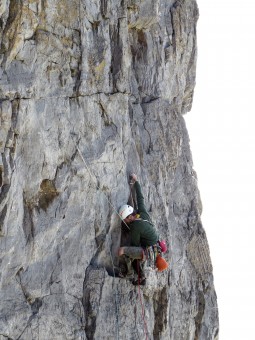 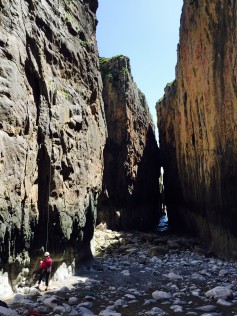 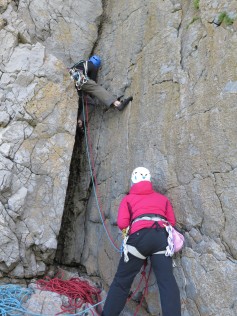 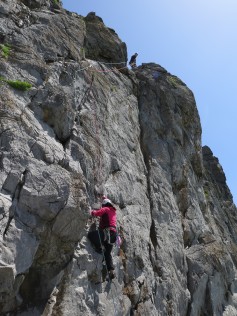 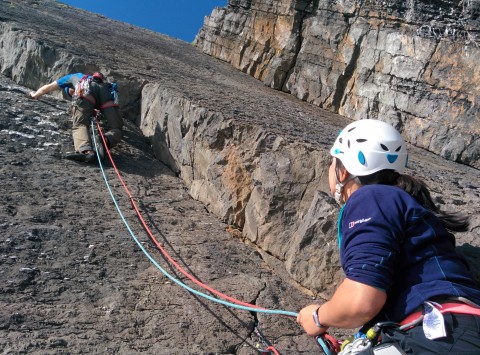 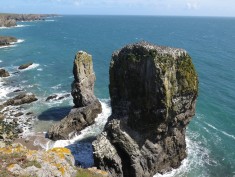 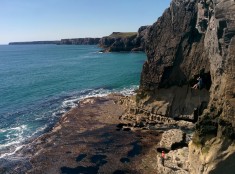 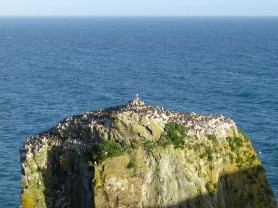 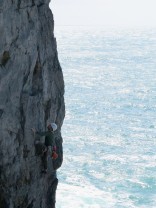 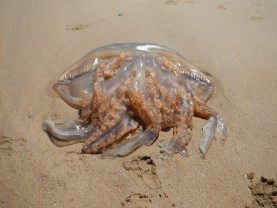 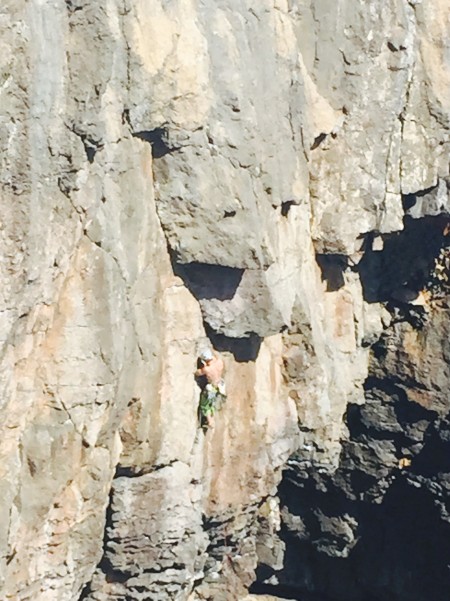 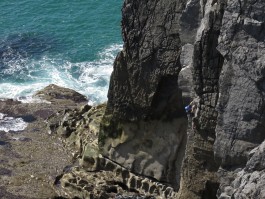 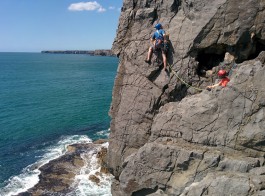 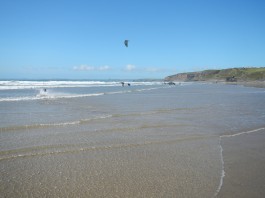 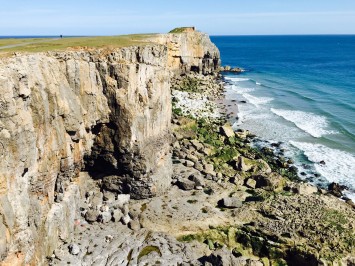 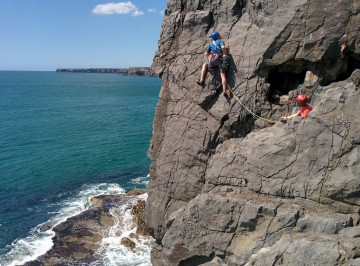