On Thursday evening last week Owen and I started the long red eye drive up to Scotland overnight to stay at the Charles Inglis Clark (CIC) memorial hut, under the north face of Ben Nevis.

We walked in on Friday morning, helped by a lift to the top car park, dropped our gear at the hut and had a quick cwaffee.

Plan A was zero gully V4 , a team we knew already from the hut were ahead of us aiming for the same route.

Getting under Observatory Ridge I could see the leader taking a little longer than I’d expect, conditions looked great but some routes were cruddy and time consuming. A turn of the head to the right and our eyes settled on Observatory ridge- plan B!

The ridge was long and sustained, especially with only a few hours sleep, good training for the real thing 🙂 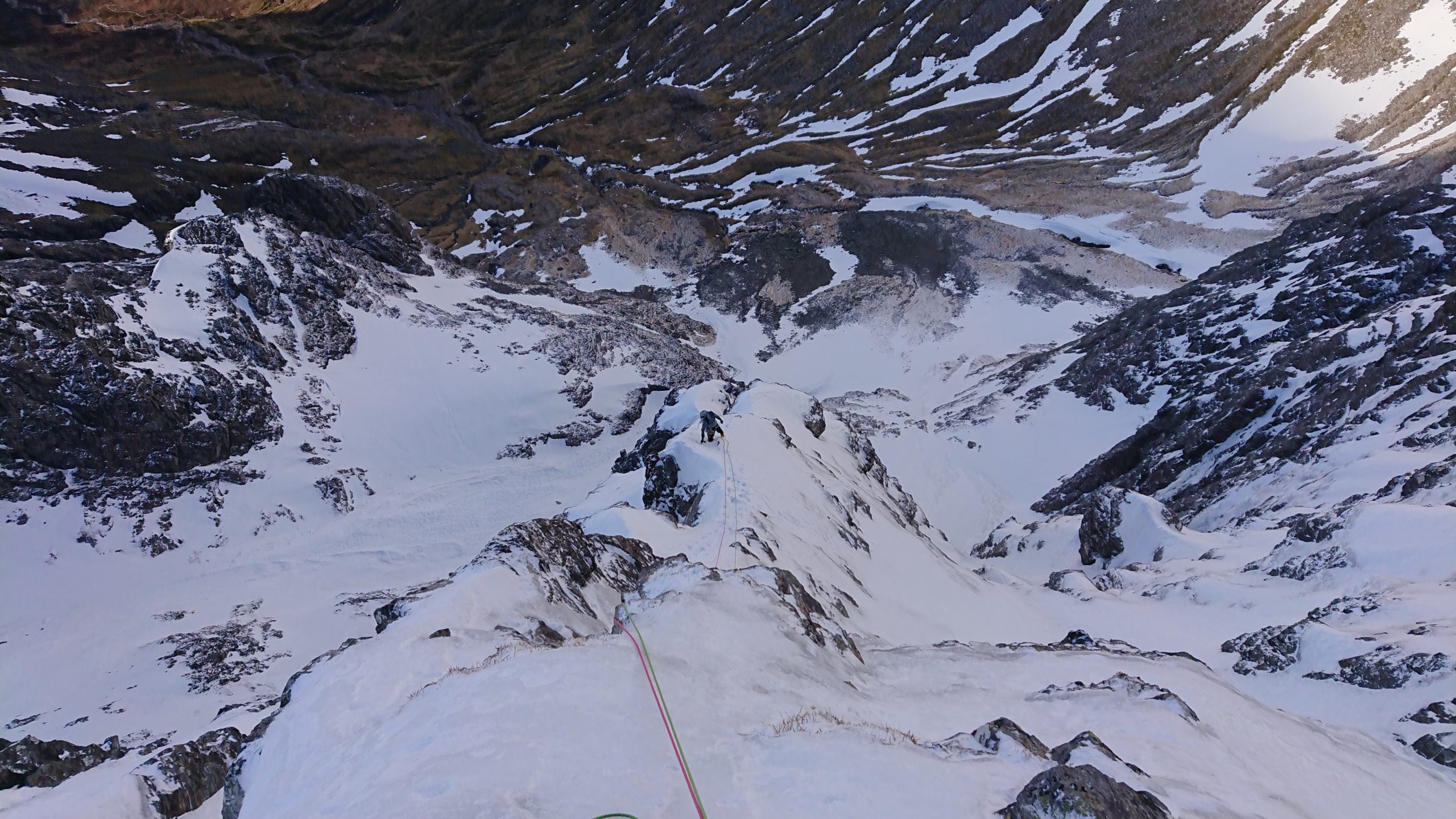 We topped out and picked our way down a steep number four gully, snow was hard underneath a thin layer of powder.

We finished up Tower ridge and plodded back down number four for some much needed downtime in the hut. With groups from Northumbria MC, Irish MC and SMC staying there was a great friendly atmosphere – good craic!

Day three and Jonty practically woke us up at 0630 walking in on his own, with ground coffee! The early rise was fortunate as it put us ahead of everyone else heading for point five gully V5.

What ensued was one of the best Scottish winter climbing days I can remember.

We descended steep snow at the top of Coire Leis then followed the stream back to the hut. The evenings entertainment was the hut lights going out due to lack of wind. We all stumbled out with head torches and stood in the dark watching satellites in the clear sky and two plucky team’s head torches still on Green Gully and Point Five. It felt like some surreal NYE gathering, with a cheer when the torchlights topped out.

The next days weather was iffy, due to be warming and very windy after lunch. A short route with an early start beckoned.

We had watched a team complete a thin looking Two Step Corner V 5 the previous day, if they could do it surely we could?

When we got to the crux pitch however it was looking thin and the group consensus was to divert on to No 3 Gully Buttress III, a plan we already had in the back pocket.

Owen, Steve and I did this route in December but finished by the direct option, the original line was satisfyingly exposed and great fun. A good set of steady leads by Jonty.

We stayed roped and tracked round to number four.

The dampness of my softshell trousers were an indication the freezing point had risen. The cornice over Number 4 gully had noticeably drooped a few feet from the two days before. A lot of heavy ice with only one way to go.

We opted for the safer but longer descent via the Red Burn, then round from the halfway Lochan back to the hut.

A drawn out cup of tea and then we packed up for the walk out.

The rest of our photos are available on google photos here;

A forming plan is to book four beds at least for a similar club trip in April 2023, watch this space.

Still a little bit of winter left if anyone is heading that way in the next few weeks.