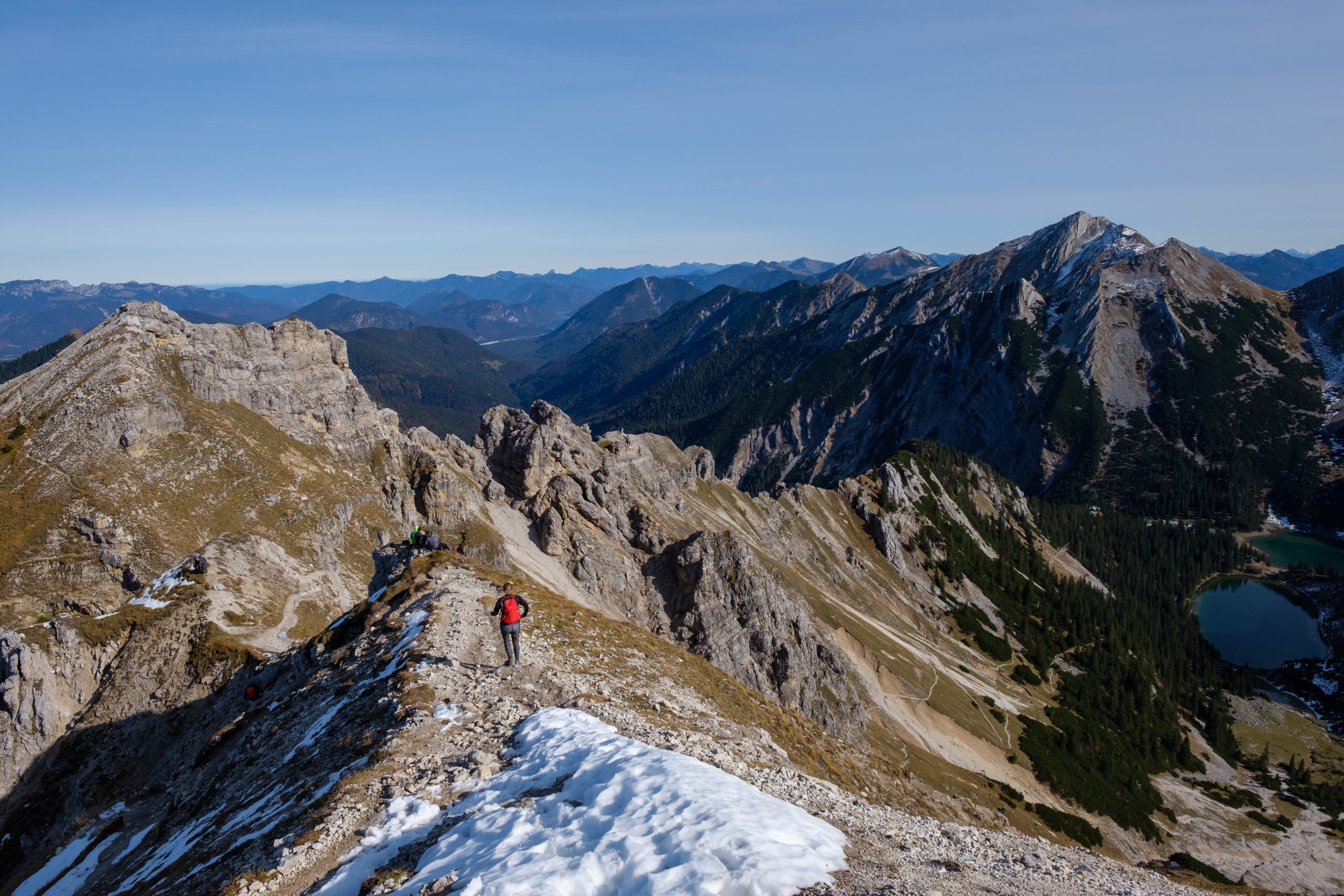 The Alps are well known amongst British climbers, however we tend to focus on the highest mountains which are found in France, Italy and Switzerland, and largely ignore the rest of the alps in Austria, Germany and Slovenia.

Until my friends moved to Munich I had never considered the Bavarian Alps as a destination, instead focussing on the more “traditional” destinations of the Saastal, Chamonix and the Oberland. Thankfully my friends moving to Munich opened my eyes to another side of the alps, the side with beautiful mountains, lush green valleys and stunning woodland. There is something very satisfying about being low enough to have the contrast between the green valleys and the tops of the mountains, something which you don’t tend to get on the higher peaks, where everything is either rock or glacial terrain.

At the start of this year a secondment was advertised which enabled me to move to Munich, I immediately applied and was thankfully successful. Living in Munich over the summer has enabled me to enjoy the mountains despite the challenges of Cornavirus this year. While I have barely touched the surface and have still not been to many entire areas, I really enjoying living under 90mins from the alps.

I am not going to go into a huge amount of detail on the routes we have done so far, but there is so much to do. I was out last weekend and from our summit we could see hundreds of other hills to climb which all looked fantastic. In the last 4 months of living here I have enjoyed local via ferratas, walking, rock climbing and I am looking forward to more of the same, ski touring, ice climbing and multi pitch mountain routes next year.

Admitally Bavaria does not have much in the way of glacial terrain, however this is no issue as Austria is only 2 hours away where there is plenty of alpine mountaineering and the Dolomites are the same distance away as the Lake District is to Bristol.