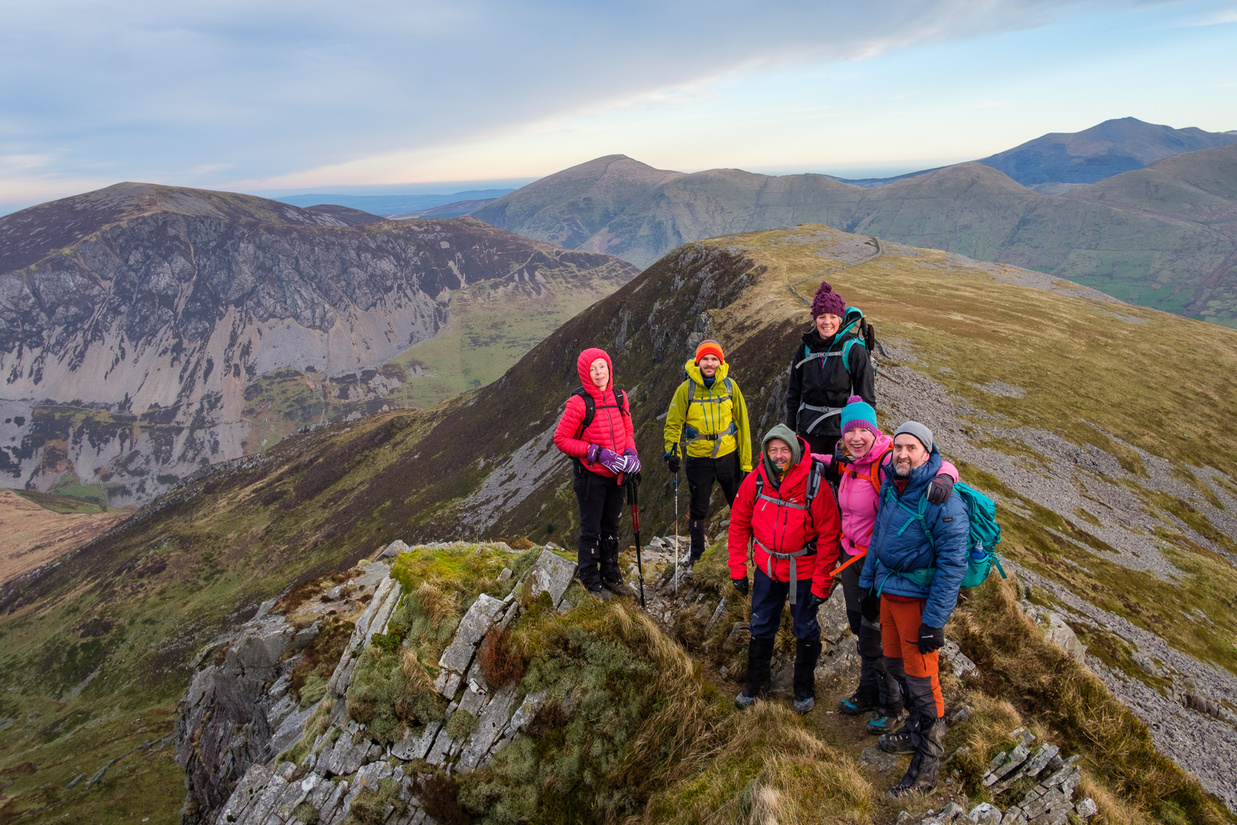 The theme so far with our trips this year appears to be storms..! Having said that the weather was apocalyptic on the Lake District trip I have run out of superlatives to describe the weather for this weekend! Storm Ciara certainly made our stay in the Clwt-y-Bel hut atmospheric to say the least.

The best weather was on the Friday and the lucky few that made it up Thursday night managed to have a fantastic day on the Nantlle ridge – check out Al’s blog for the full report and photographs.

On Saturday, although windy, it was mainly dry and fairly good visibility so we all managed to get out and about. Lucy & James had a good day Mounatin Biking at Coed-Y-Brenin trail center getting in a blue and red route. The rest of us headed to the local Abergwyngregyn Falls – we went in two separate groups with one group walking to the falls and then going to a local cafe which turned out to be awful with terrible sausage sandwiches and questionable mint cake!

The other group headed to the falls and then headed steeply uphill into the mountains proper and climbed a small peak called Gyrn.

Everyone congregated back at the hut for a lovely communal meal of Veggie Chili with rice and garlic bread cooked by Becky. We also stuffed ourselves with cake to celebrate Lucy & Win’s Birthdays. There was plenty of alcohol consumed and much amusement thanks to Snapchat’s male/female face swap!

On Sunday the weather was too dangerous to go out on the hills so some of the group headed down to the local climbing center where there was a competition taking place which Andrew, Win, Glen & Nigel took part in. The routes were tough and the competition fierce but Win managed to come 5th in her category and Andrew 6th in his. Sadly I couldn’t climb due to a broken collarbone but instead headed to the coast with Al, Rob, Lucy, James & Shiv – it was very atmospheric due to the storm!

To conclude the trip we met up in Caernarfon for a spot of lunch before heading home. All in all another cracking weekend despite the weather with a great bunch of people.