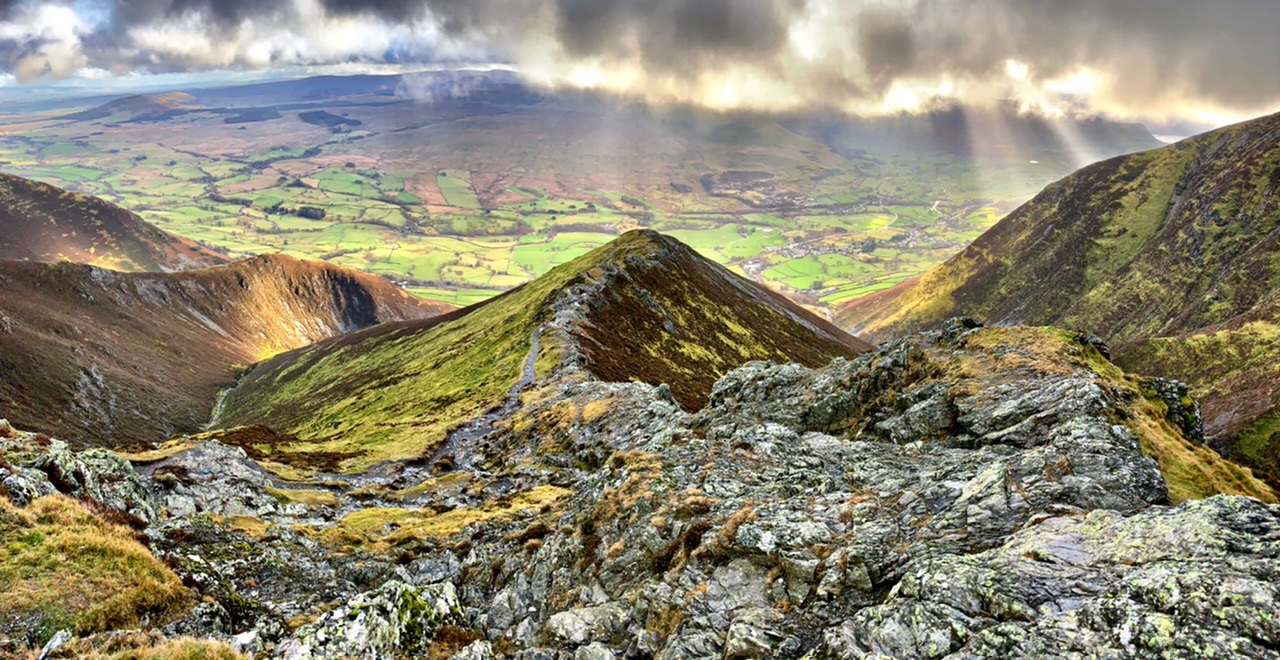 The weather forecast for this trip made unpleasant reading to say the least and only the keenest and hardiest of souls were dedicated enough to make the drive to the George Starkey Hut in Patterdale where we were staying!

Those who were able to get to the Lakes on Friday morning enjoyed the best of the weather. Rob & Lloyd even managed to get their crampons out and play in the snow up on Helvellyn (I am a bit jealous!)

There was much discussion on Friday night about plans for Saturday and what we were going to do given that the forecast was showing torrential rain, cloud base at 300m and winds gusting at 80mph (a little anti-social…!)
In the end most of us went to the Lakeland Climbing Centre in Kendal. We were impressed with the wall – lots of routes, a 25m big wall and cool features like a climb up a stalactite, a corner climb up a crack and an electronic climb where you choose the grade route you want and it lights up the holds you can use.

I think everyone did some shopping as well to pass the time so we have all come home with lighter pockets than we went away with! Most importantly for me and Andrew we made it to Grasmere to get some world famous gingerbread 😋.

We went to the local pub on Saturday evening for dinner and all had a pretty good feed (although there was a slight issue with semi-frozen mash potato that caused some amusement). There was plenty of conversation…some of it getting quite deep and controversial…but we won’t go into that in too much depth!

Thankfully most of the storm had blown over by Sunday and the forecast was much more acceptable so we were all able to get out and about. James and Lucy went off on their Mountain Bikes, Rob And Lloyd headed off on their own adventure and the rest of us did a mass assault of Sharp Edge, Blencathra.

We were all kitted out with our winter boots on as you would expect, however this turned out to be the wrong call because Sharp Edge was saturated with all the rain and had become extremely slippery! It was impossible to use your feet and we had to reply on our arms and knees to make any progress! We were all taken back with how tricky this made it and it did get a little hairy at times! Anne & Julian sensibly turned back and took a different track up to the top of Blencathra. Thankfully I’m pleased to say the rest of us did all make it eventually!

The decent down Hall’s Fell ridge was equally slippery however it was definitely easier and less exposed.

All in all a cracking weekend away and thanks so much to Rob for organising and everyone’s good spirits despite the weather.