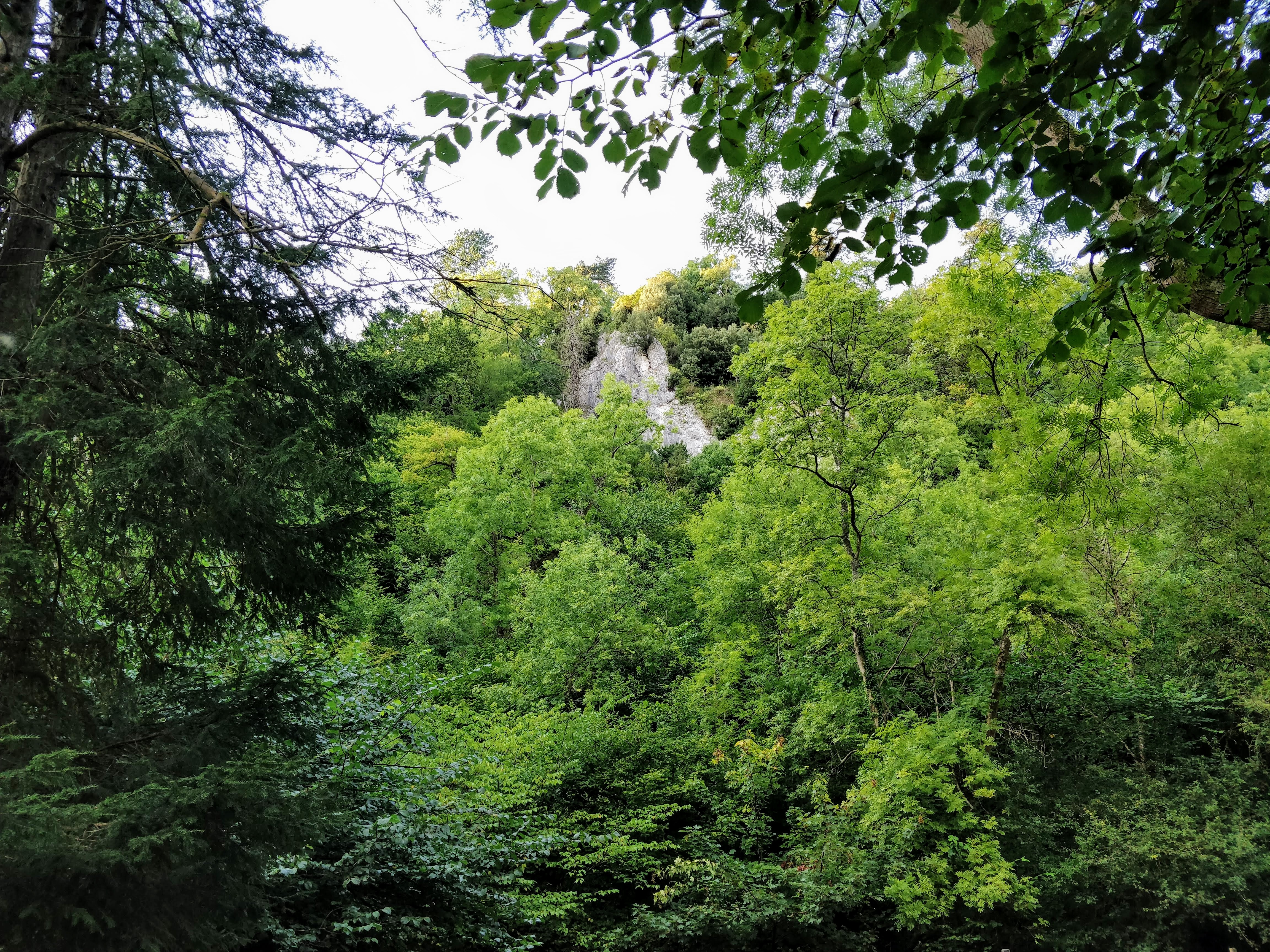 I didn’t fancy driving out to the Wye Valley and George couldn’t make the Tuesday or Thursday meets so we teamed up and headed off to Blaise Castle (aka Trym Gorge) instead to climb at Lovers’ Leap.

Starting from a lay-by opposite the main car park (which closes after 2100), we headed in what we thought was the correct direction and after picking our way along the some paths we eventually got to the lake. (Take the largest path directly there, it’ll be a lot quicker). There’s a wooden post there with P16 on it (Post 16 on the guide book map) and we headed up to Lovers’ Leap, picking up thwacking sticks for getting through the nettles and brambles.

George plumped for Longbow (HVS and the one Fernando is climbing in the guide book). He really enjoyed it and looked confident throughout although I was a bit nervous on the delicate traverse at the top, but that’s down to my ability rather than the route. I was also ‘serenaded’ by two groups of teenagers shouting to each other across the valley, which wasn’t great for my concentration, but they didn’t do any harm and went off elsewhere after a bit. A tree abseil down and then it was my turn.

A short (relatively nettle-less) walk to the top end of the wall and I climbed Rock Folly (HS). This was quite fun although small nuts were the order of the day otherwise it’d have been very unprotected. Curiously for the region (in my limited experience) both routes took a load of cams in handy pockets. There was a mid-height spikey bush but that was balanced-out by sticking my face into some mint, which gave the climb a relaxing feel. At the top, the rock gave out and it became a scramble with bushes for holds.

We took the poor decision of climbing up instead of abseiling down. Going up involved going under/through tree branches, up a stone wall and then through spikey bushes. It had looked OK in the gloom but climbing over a fence with no footholds felt like a lot of effort late on a Thursday and I gained some lovely scratches from the bushes. We could’ve probably avoided it all if it hadn’t been getting dark and we could’ve seen better though.

In our planning messages, George referred to it as “esoterica” and “A local crag for local people.” These were written before George had ever been there but it was borne out by our experience.

I think people should go there because it’s different from the Gorge and in a lovely setting and it’s just different to where you’ve been before. Don’t take your mates who have come from afar though and have come specifically to go climbing in the area. I’ll still want to go back if other people are keen …

PS We didn’t take any photos because it was just two of us. Imagine somewhere pretty surrounded by nettles.