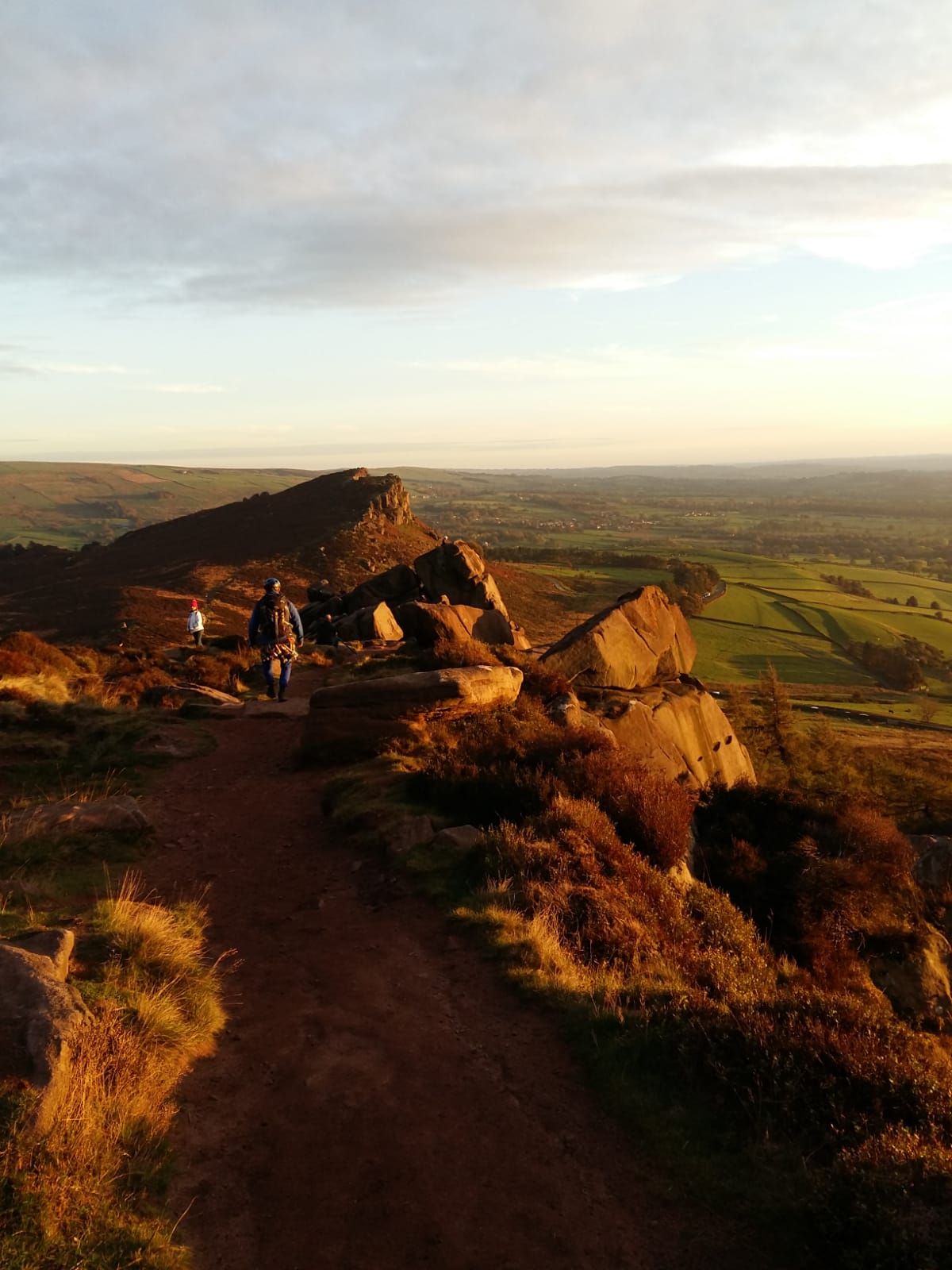 Love was in the air on our late October trip to The Roaches. We love that place, and also the unique Whillans Hut where we were staying, complete with the occasional spider and, as Win found out when she left an open bag of packaged food in the kitchen overnight, the odd mouse or two.

A small but select group of Nick, Nigel, Andy, Matt, Rob & Win, along with Jake and Paul in their campervan, set off on a sunny Friday afternoon. Nick and Nigel managed to bag two HVDs, Prow Corner Twin Cracks and Rocking Stone Gully, just a few steps away from the hut, before the sun set.

Saturday morning dawned foggy but soon cleared and turned into a memorable and quite glorious sunny day. Immediately two members put themselves forward for the Rusty Piton Award. Andy managed to leave at home not only his harness, but his belay device and main rock boots. Nigel maintained his record of each year leaving his mark – and his gear – on the rock; last year it was a nut on Bard The Bowman in Goblin Combe, this year it was a cam on Right Route (VD).

Nick showed how not to do the mantelshelf move on Pedestal Route (HVD), engaging in prolonged coitus with the lovely rock, refusing to be interruptussed or distracted by the gales of laughter rising from below.

It was a great weekend full of classic routes. Several teams made ascents of Right Route (VD), Black & Tans (S), Jeffcoat’s Buttress (HS with the 5a start), Valkyrie (VS, I led this in 1976 – just sayin’) and Damascus Crack (VS, Paul & Jake did the left-hand finish); other routes bagged were Easy Gully Wall, Chicken Run and Maud’s Garden (all HVD), Jake and Paul also did Kestrel Crack (VS).

But events had reached a climax late on Saturday as, with the sun setting, Rob led Win up Valkyrie (VS). It’s fair to say that Win encountered difficulties on the second pitch and wasn’t sure she’d complete it. But complete it she did – magnificently. Nick, at the top of Yong (HVD), noticed that they were celebrating particularly enthusiastically. Little did he know that Rob, after a 10-year romance, had proposed to Win! Love was in the air again – and, indeed in the pub later when we were able to toast the happy couple. To mix a final metaphor (and song), the AMC Love Train was on the road again! 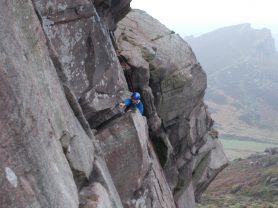 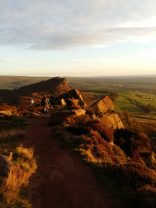 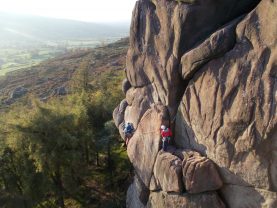 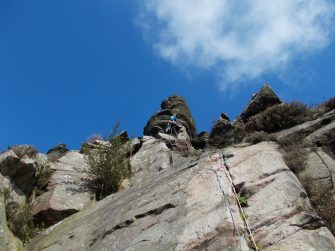 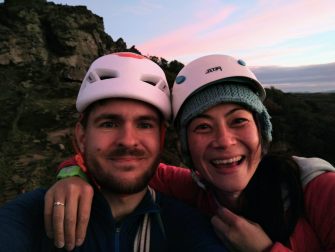 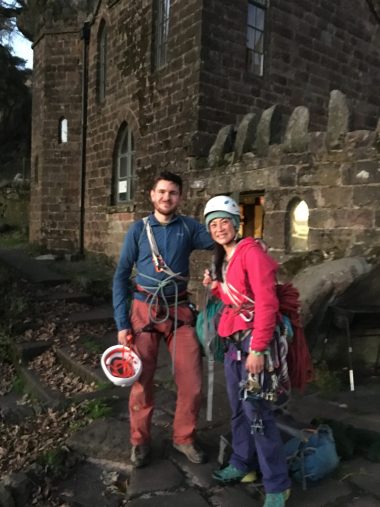