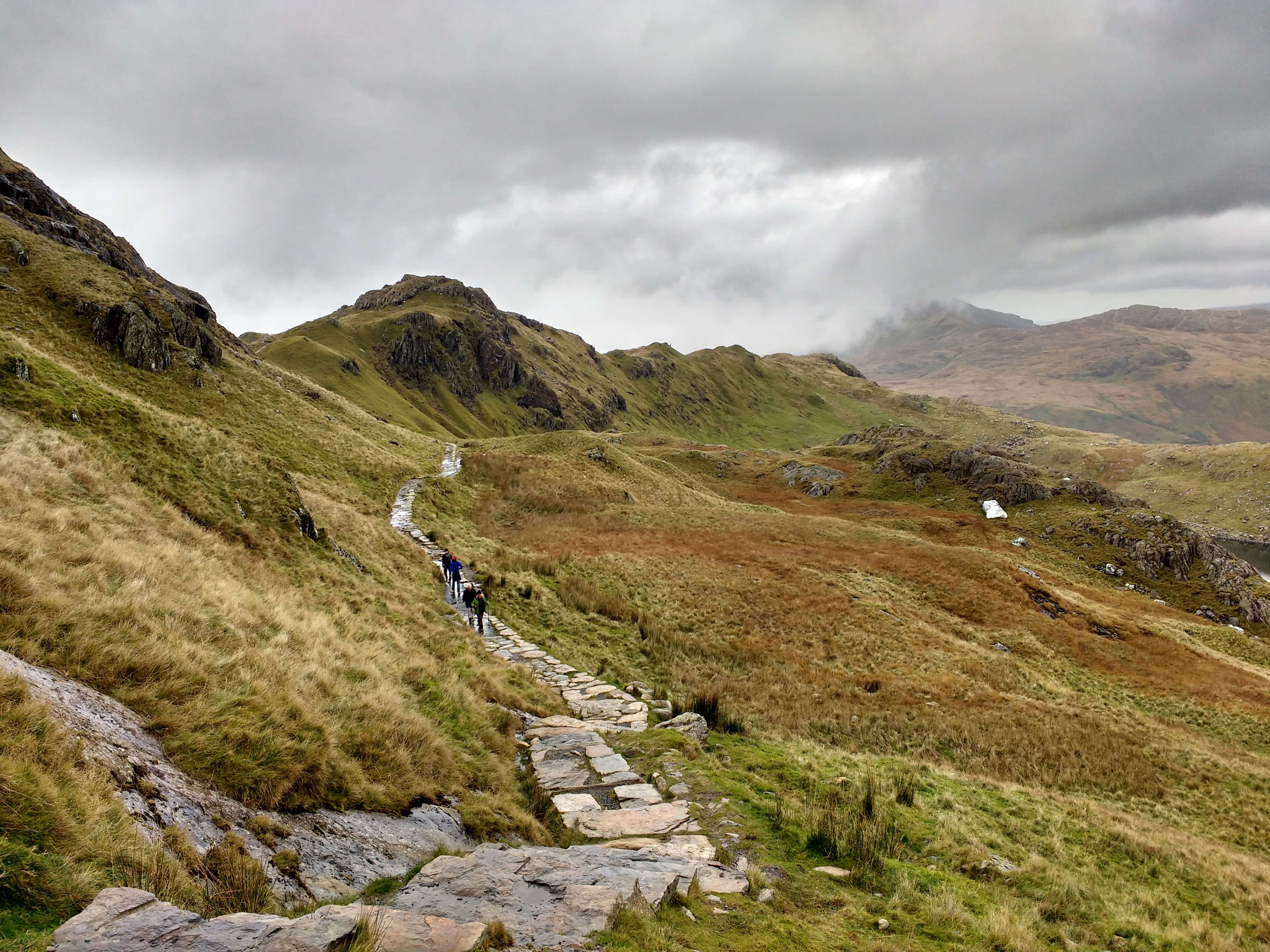 23 AMC members and one dog (Buffy) enjoyed a weekend in North Wales, staying in the Pinnacle Club hut in Cwm Dyli. Despite the weather forecast being particularly grim, it didn’t turn out too badly and a lot of activities were undertaken. Here are some of them….
Max and Mark had an adventure on the Clogwyn Y Person Arête up to Snowdon in the wet. Then on the Sunday they climbed in the Llanberis Slate – ticking off two fun E1s: Looning the Tube and Fools Gold.
Charlie braved the rain with Lewis and Niall and went on the search for a Grade 2 scramble, in the shape of Y Garn. The first section was fairly easy going, but the upper-most part took a good deal of brain-power and gritted teeth.

Once up top, they wandered west in the mist and cloud along Glyder Fach and emerged down from Glyder Fawr along the ridge of Y Cribyn, an easy scramble upwards, a messy and slightly awkward down! 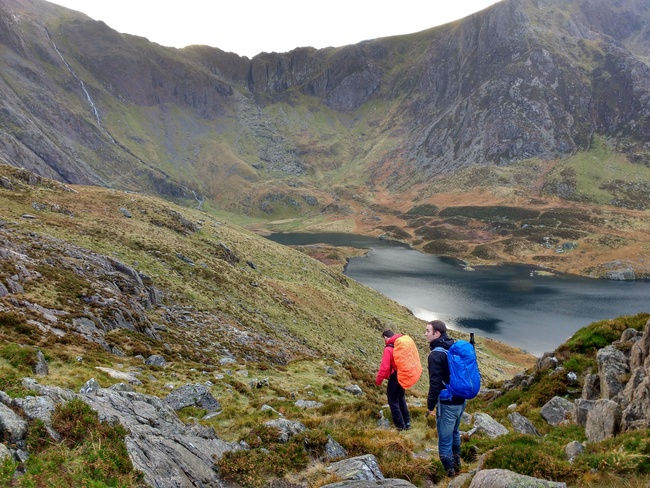 As a relative newcomer to North Wales, Charlie went in search of Snowdon on Sunday, taking the horseshoe from the bunkhouse to Pen Y Pass, then along Crib Goch to the summit of Snowdon. Crib Goch in such limited visibility was utterly amazing; cold, but quiet and eerie. 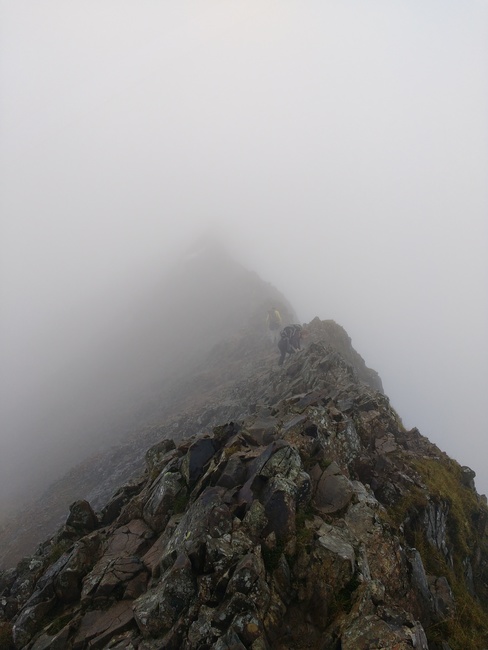 Charlie got to Snowdon and after taking a look at the classic view of white, she noticed frost was forming on her gloves and her hair was turning to icicles, so she cut her losses, and returned via the Pyg track, to dramatic skies, glorious low levels views….. and hoards of people on their ascent (glad to say, not a flip-flop in sight though). 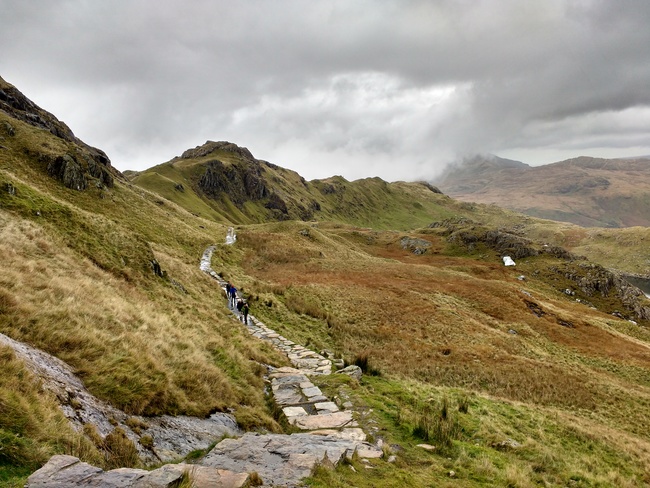 On Saturday Danny and Nick went to Little Tryfan in the rain and attempted the arête but ended up on a Mod due to appalling conditions gusty winds etc then did a couple of diffs. Nick said a little prayer for Dave Smith and his family.

Sunday Nick went with Dave and Mike to the Llyn Peninsula, did a walk there overlooking Bardeen Island, quite beautiful and dryer!

Alice, Chris, Dave, Lucy, Mike and Roz hiked up to the summit of Cnicht via an off-piste / cross country / where have the bloody footpaths gone route. Thankfully the weather held but in true AMC style it got cloudy just as they reached the summit and they could see nowt (as I believe they say t’up North). After descending to a nearby lake the team split into two, with Dave, Mike and Roz forming “Team Circular” and walking back to the car and Alice, Chris & Lucy forming “Team Linear” and taking the super boggy ridge route back to the hut. 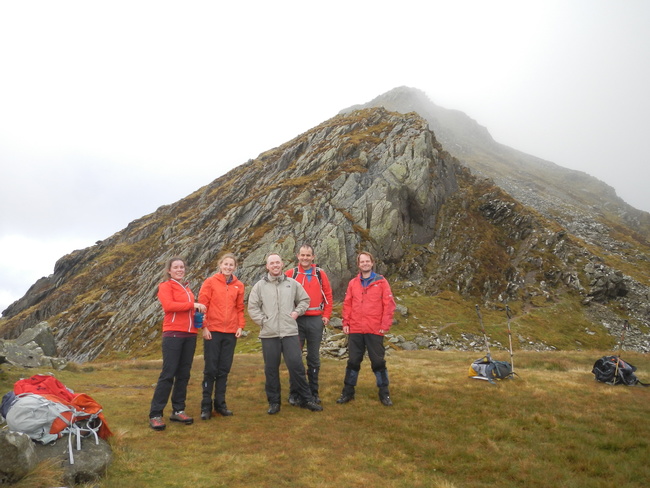 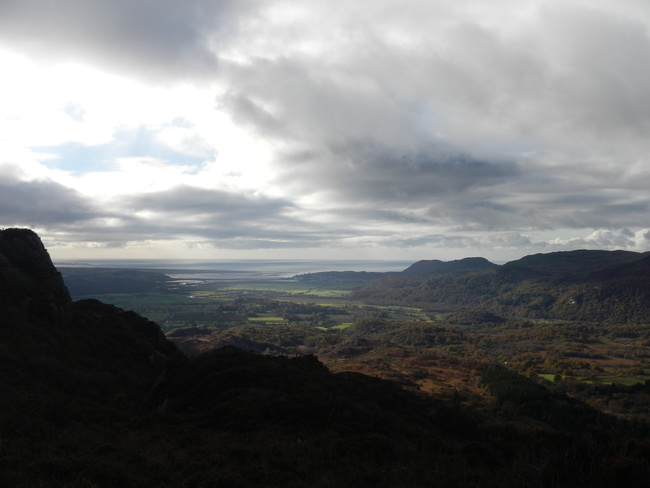 After a leisurely breakfast in the café, Sarah, Izzy and Becky headed up the Moel Siabod via the Daeer Ddu ridge. They managed to generally stay dry, though some bog trotting occurred just below the ridge scramble and the wind certainly picked up on the top. All was well until the final last 500m descent when Becky ended up bum sliding down a somewhat muddy hillside ending up with a very mucky bum and the requirement to sit in an Ikea bag to prevent car seats getting dirty on the way home

Saturday evening was a group meal and celebration of Roz’s birthday. Much chilli was cooked, and slightly less consumed, and all was cosy in the kitchen. Amusement at the inadvertent ‘mini me’ Alastair and Max (not sure who the mini is) due to rather similar attire.

Sunday saw Chris, Lucy, Roz, Sam and Sarah head to the cafe for food & drink followed by a short walk to Aber Falls and the surrounding areas. Highlights included Sam getting in every tourist’s photo and great restraint by “Team Waterfall” not to launch the annoying little yappy dog into the river. 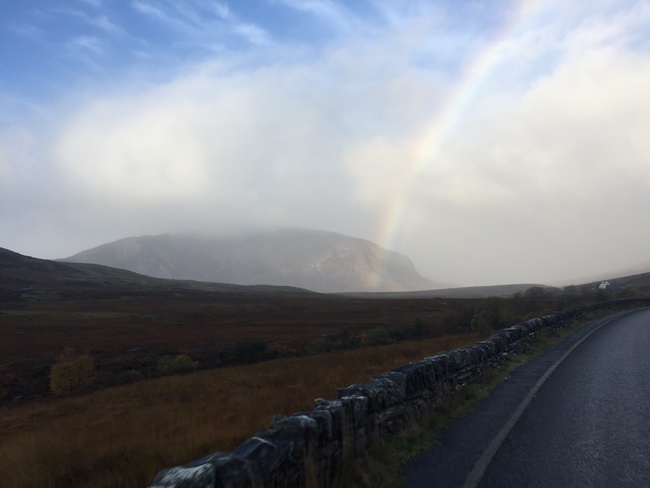 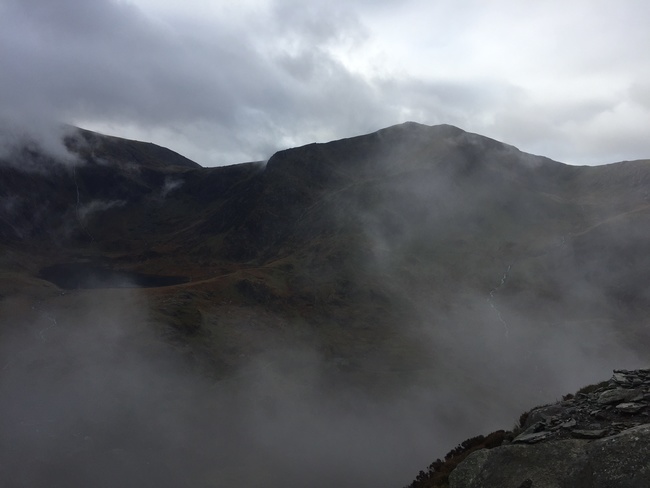 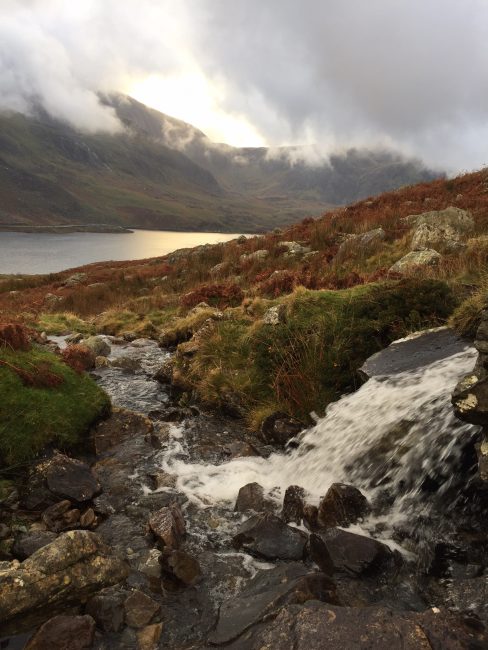 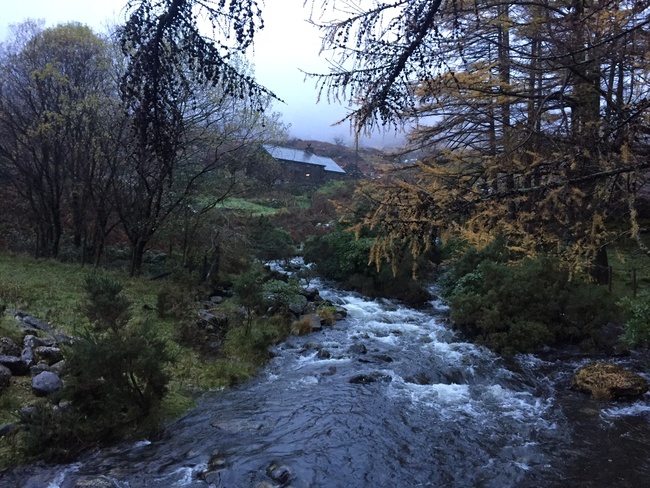 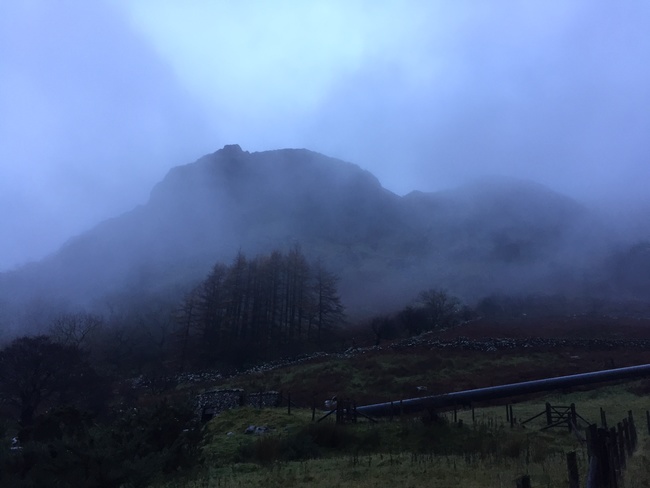