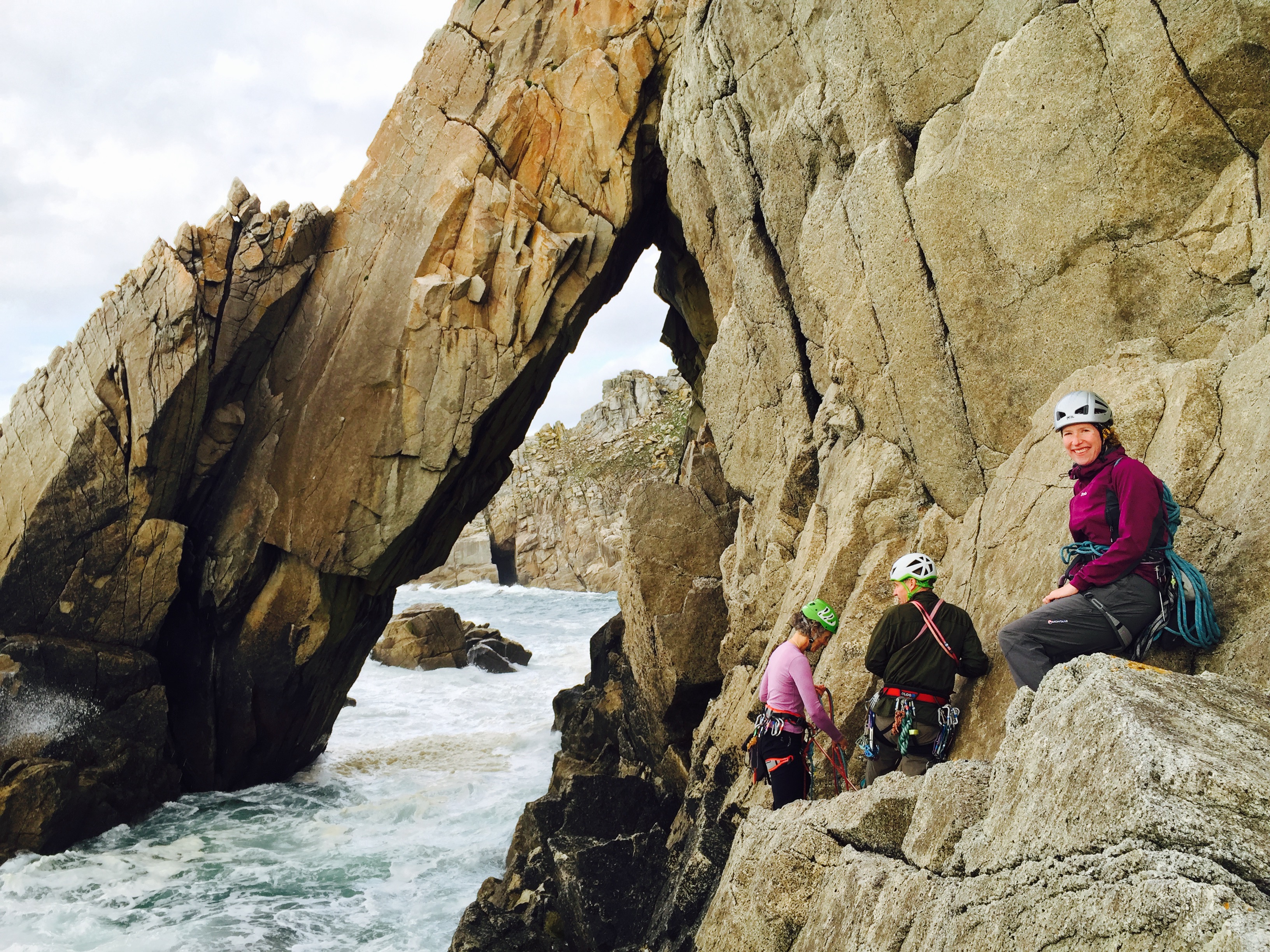 Since joining the club the annual trip to Lundy has become a bit of an obsession of mine, there is just something about the isolation, commitment and fantastic rock that I just can’t get enough of. Somehow an entire year has passed since last years fantastic trip where we were blessed with wall to wall sunshine and it was time for this years trip which was again organised by Pete.

As the trip approached I was eagerly watching the weather and starting to get fairly concerned, as a week before the trip 4 days of wall-to-wall rain was forecast. Thankfully the actual weather was significantly better than this!

We woke up on the morning of the trip expecting to be greated by rain, but instead there was sun! Unfortunately the forecast wind and swell was still around and we all knew we were in for a rough crossing when the boat was happily rocking away in the harbour and the crew admitted they were on anti-sickness medication! The next two hours were fairly unpleasant, with just about everyone on the boat looking very green, I was just glad that we weren’t leaving to go back to the mainland 4 hours later like the day trippers! 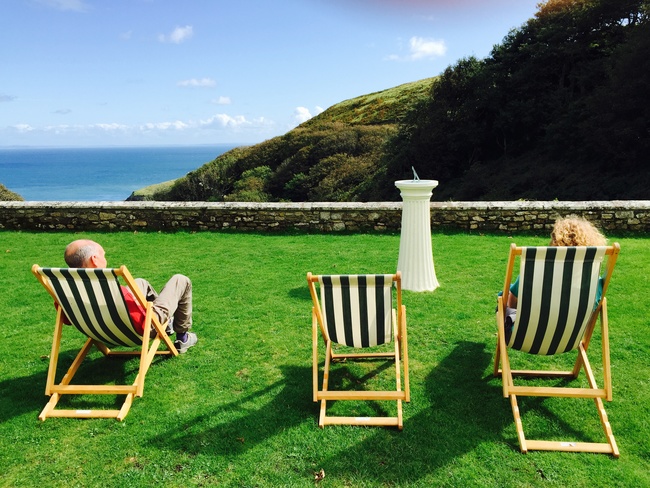 Relaxing on the first day 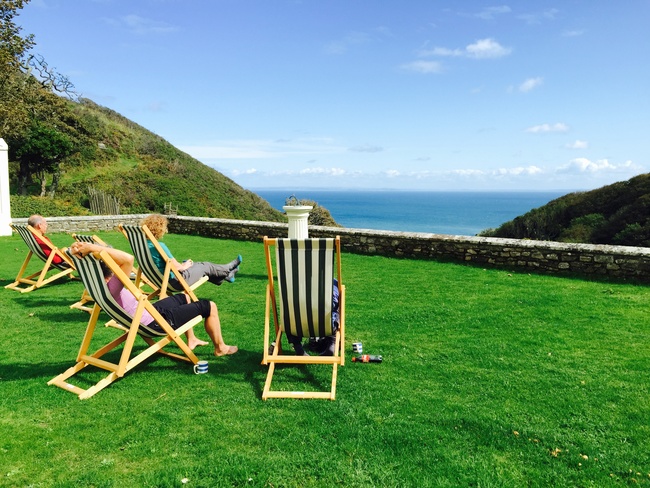 Relaxing on the first day

A large contingent of the AMC party headed off the the Devil’s Slide where the classic rock tick of “The Devil’s Slide” and the superb corner of Albian were climbed. The other half of the group spend the afternoon sitting in the sun attempting to recover from sea sickness. Eventually we set off with a route in mind however when we got to the tip of the crag it was soon clear that it wouldn’t be sensible to abseil into the crag due to the high sea that was running. We aborted and headed to the battery where there are always routes which can be climbed, however again due to the high sea access to the routes was challenging, this combined with it starting to rain caused us to abandon ship and head back to the house for dinner. 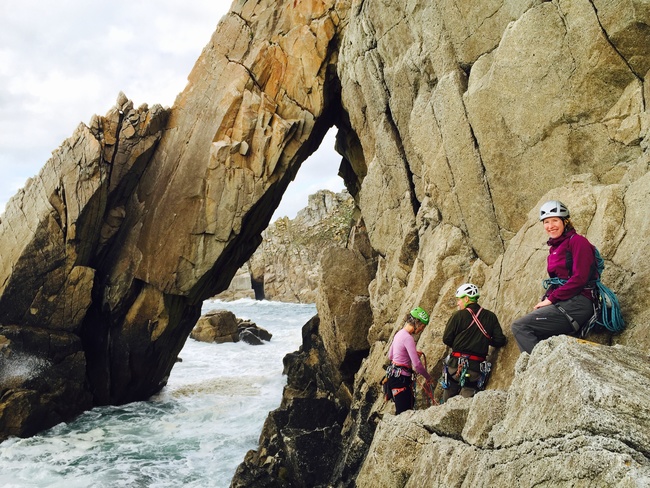 The next day was a surprisingly good day, with very little wind and wall to wall sunshine. Lots of climbing was achieved by the group, I am afraid my memory of where everyone went has somewhat faded. I headed to the Devil’s Slide with Becky where I attempted Fear of Faust but I soon changed my mind due to the serious lack of gear and ran away. Becky then lead us up the Devil’s Slide, which surprisingly still didn’t have anyone else on it! After this we headed to some unfinished business of mine where we raced against the incoming tide to climb Nonexpectis Jugsimisius. 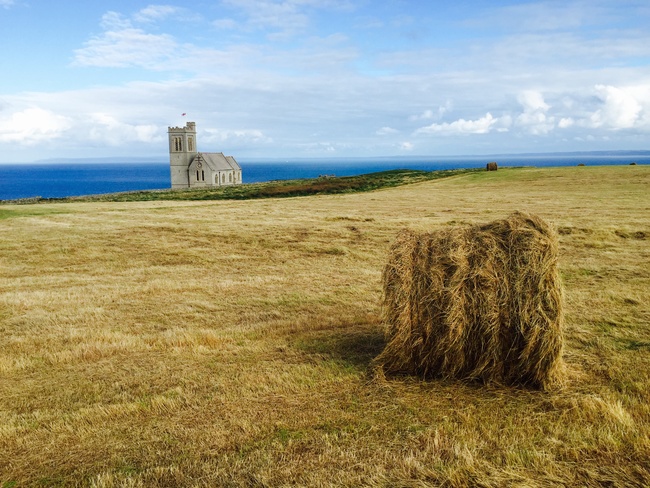 Walking back from climbing

The next day was about as wet as it comes, with persistent heavy rain and winds gusting over 50mph on the top of the island. Most people briefly braved the weather to get out of the house by going for short walks or brief spells of letterboxing, but an award must go to Andy for spending a very long time out in the rain and getting properly soaked to his baselayers! 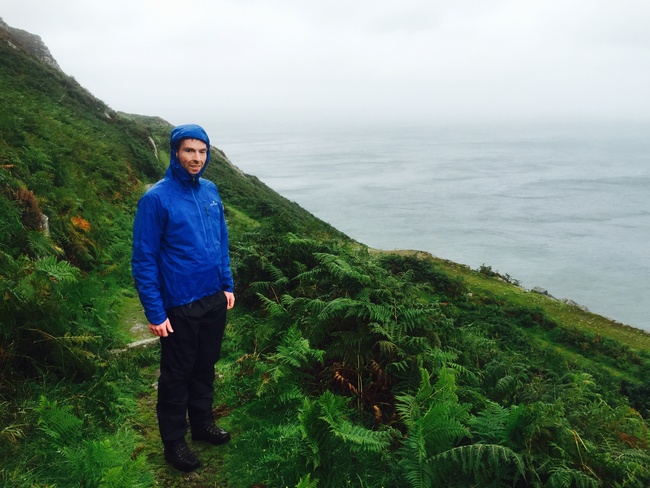 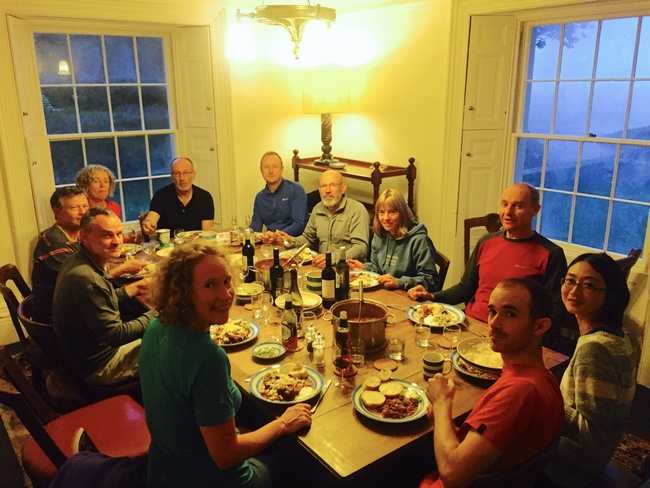 On the last night we enjoyed a communal meal of chilli which was cooked by Becky and provided an excellent final night of the trip. The weather the next morning wasn’t brilliant as it was damp and cloudy. Due to this Becky and I decided to pack up our climbing stuff and send it down to the boat and just spend the day letterboxing. It was a successful if not frustrating day as Becky finished her letterboxing, but it soon turned into another glorious day so it would have been good to do some climbing. Most other people from the group headed to Beaufort Buttress where they enjoyed a final route or two before having to catch the ferry home. 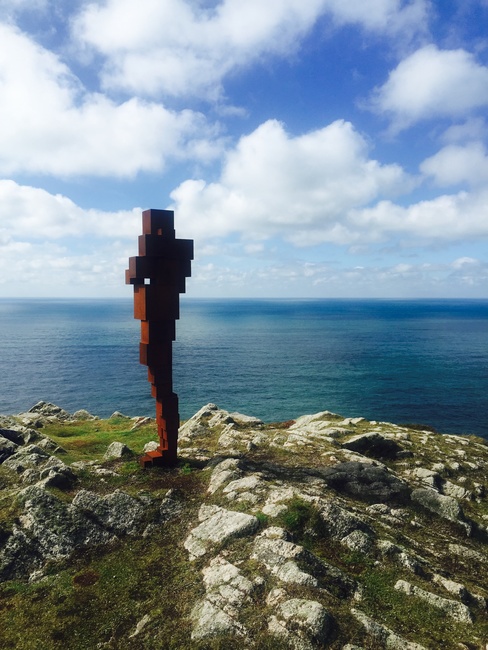 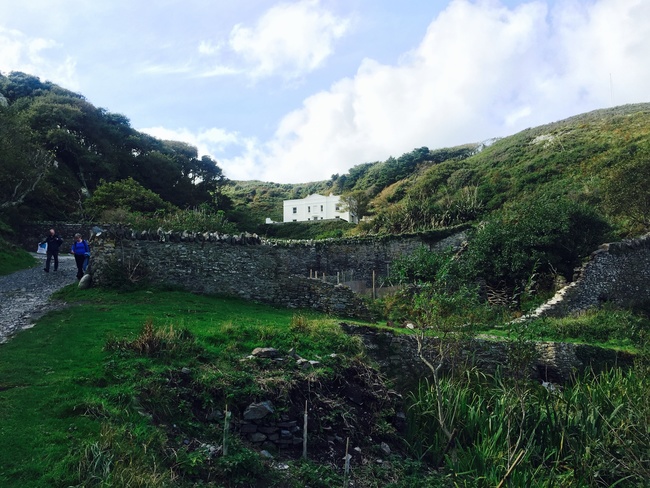 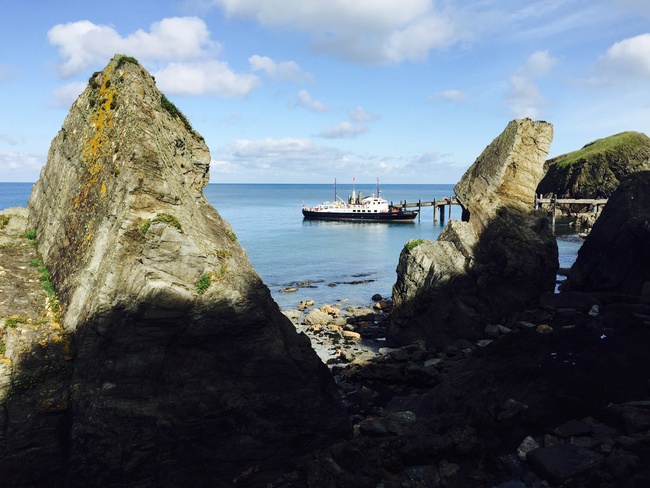 Thankfully the ferry home could not have been more different to the ferry ride over, the sea was extremely calm and there was just a light breeze. This made for an enjoyable end to the trip before the journey back home.

Next year we are staying in the fantastic Milcombe House again next year, and I am already looking forward to heading back to the unique Lundy Island.