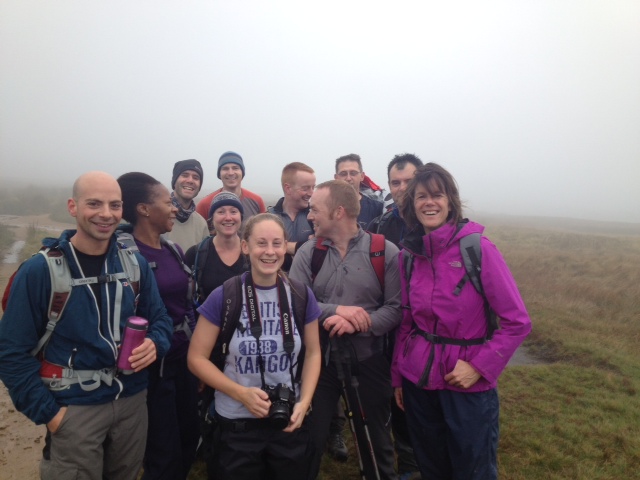 When I joined the mountaineering club I hadn’t appreciated I had, in fact, joined a bog walking club! Or perhaps it was just a strange initiation for the new members.

Bog walking wasn’t the highlight or intention of the trip; although there are certainly plenty of bogs in the Peak District. In fact the bogs only featured because it was sadly too wet to climb. This was my first trip and it exceeded all expectations despite the weather, bogs and absence of climbing. I joined the club last month having never climbed and planning to walk. But I have already found myself at the top of the wall at Red Point wanting more so it was a shame climbing was off although I only planned to observe. Instead, on Saturday, everyone (minus Neil who went cycling) went on a mass walk up Kinder Scout. It nearly didn’t work out that way. While one party shot off enthusiastically in the morning, the second looked at the damp mist and retreated back into the bunkhouse to make a more leisurely start. Half way through the second (or third) cup of tea party 2 realised that most of the maps had gone with party 1, leaving party 2 with five map cases and one map! Fortunately the parties regrouped and set off together from the car park near upper booth.

The walk featured a lot of bog and the supposed 10 mile hike was described by one member as a 10 mile fractal as we detoured, jumped and navigated our way over and around the more swampy patches. At the appropriately named Brown Knoll we found a triangulation point; in a sea of bog. A few miles further on we were rewarded by the sight of Kinder Downfall, a high waterfall plunging off the escarpment into the valley below. The rest of the walk took in some interesting terrain (more bog, where we nearly lost Christine in a brave leap) and beautiful views as the weather cleared.

The bunkhouse was some distance from the nearest pub so in the evening we were treated to spag bol cooked by Neil. Wine, beer and cards followed.

On Sunday morning the weather wasn’t much improved so climbing was off again. Two parties set off from near Stanage Edge, one group walked and the second did some much appreciated map reading practice with Phil.

After the walk all regrouped at the cafe above Go Outdoors in Hathersage for food and a little retail therapy before heading home.

I had great fun, made great new friends and am looking forward to my next trip to North Wales next month. 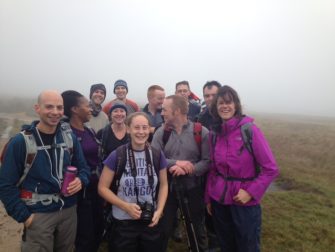 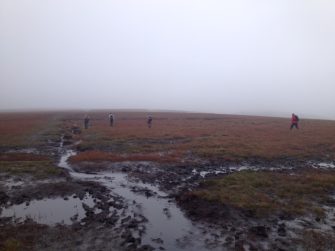 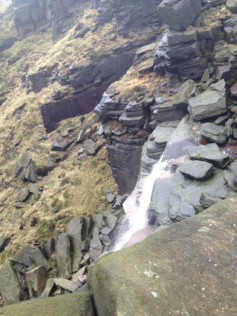 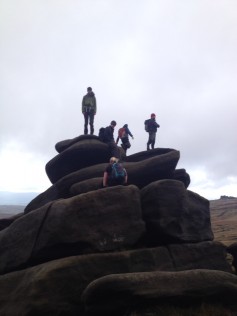 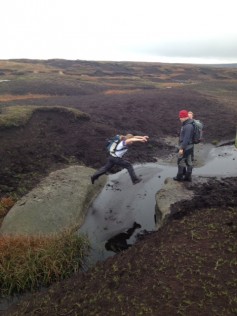 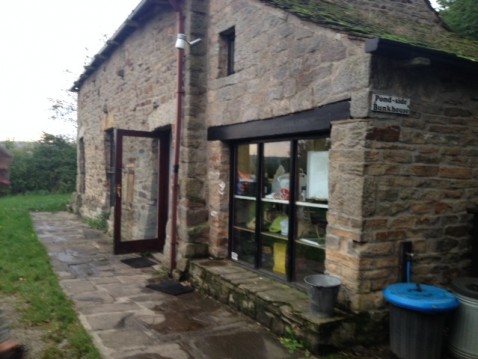 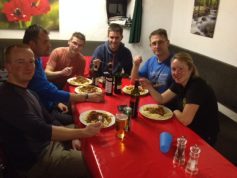 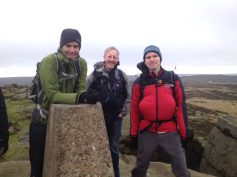