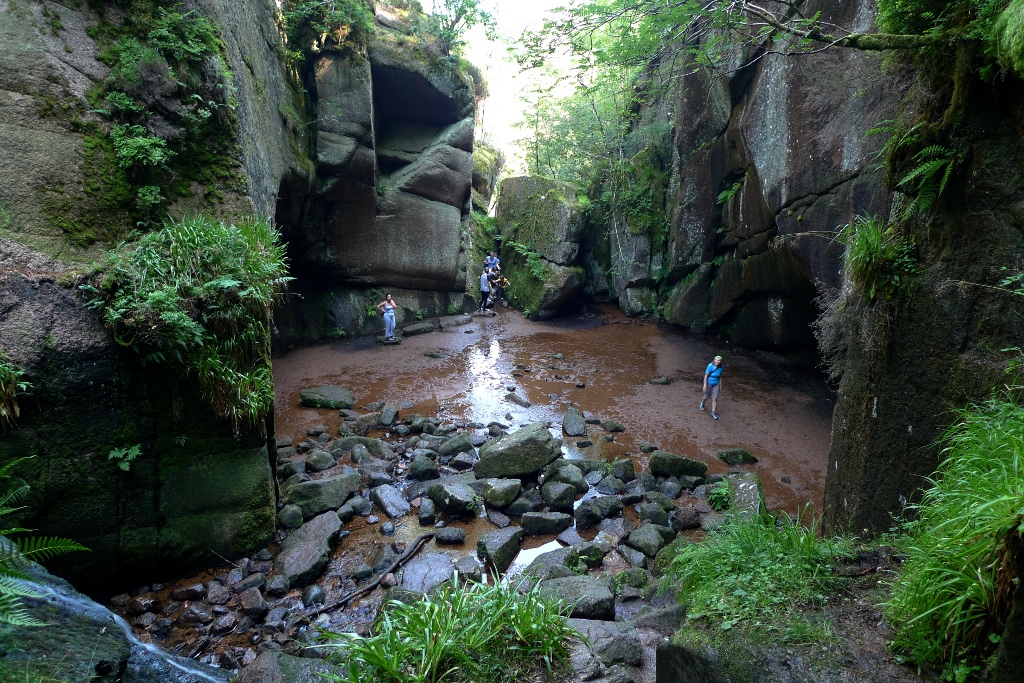 Despite a questionable weather forecast leading to some last minute cancellations 7 people made it to Ballater for the August bank holiday meet, most of whom remained in the area for the rest of the week. Several walks were walked, climbs were climbed and scrambles scrambled. Some photos from the trip can be found at the bottom of this page

Dave & Sharon Beynon, Phil Orwell, Carole Standing and Abi Carpenter all made it up to the camp site in Ballater on the Friday night. Nick was hoping for a late arrival, but hit heavy traffic and instead rolled in early on Saturday morning. Greg Kemble also joined us on Saturday, having taken the sleeper train to Aberdeen.

The MWIS forecast was suitably grim. Promises of thunderstorms, rains of frogs and similar unpleasantness on Saturday afternoon persuaded most of that staying out of the hills would be a reasonable thing to do.

Accordingly Abi & Greg walked from the camp site to the Burns o’Vata nature reserve, and established that among the nature it reserved was the rare Scottish insect culicoides impunctatus, also known as the Highland Midge. Meanwhile another group set off on a 20km low level circular walk around the Linn of Dee. Both groups encountered periods of heavy sunshine and imaginary thunder.

On our return to the site it became obvious that the midges had followed Greg and Abi back to the camp site, were somewhat less rare than we had hoped and furthermore that the idea of preserving nature is fundamentally misguided! But I digress…

On Sunday morning the activity started in earnest, with most people opting for the Lochagar 5, a 30km round above Loch Muick. Phil and Dave went out for a short walk up some hills by the Lairg Ghru.

Monday saw Carole, Sharon & Dave have a lazy day in Ballater, followed by a walk around Burns o’ Vat reserve. Meanwhile Abi & Greg went for a walk around the Linn of Dee and Phil set off to do the Lochnagar 5 1000m variant. This consists of visiting every 1000m spot height within range and vehemently denying that this in any way constitutes bagging. Apparently the basic route was too short, as he then went on to add about 10km by walking back up the Glen Muick road. Nick headed off to meet some friends in Skye around this point, while the rest decided to stay in the Cairngorms for a few days.

The rest of week 1

On Tuesday Carole & Daves attempt at a classic route on Lochnagar was terminated shortly after the crux. The agreed excuse was that we had concerns about deteriorating weather, but really it was because we prefer abseiling to climbing and I wanted an excuse to buy a new sling. Meanwhile Greg, Abi and Sharon were out bagging munros near Auchallater. Phil was having a well deserved rest day and probably only walked 20 miles or so.

On Wednesday the crew decided to relocate to Aviemore. Impressive pancakes in the mountain cafe ensued, followed by a mass ascent of the Fiacaill Ridge. Phil shot off to claim Cairn Coire an Lochain, as it had untapped 1000m potential while Carole and Sharon took a rare opportunity to take in the view from the top of Cairn Gorm. Being a miserable sod who has lost count of the number of times he has been on the summit Dave headed down via 1141. On the plateau we passed a herd of apparently tame, but piratical reindeer.

Thursday saw Dave, Carole & Sharon climbing Fingers Ridge in Coire an t’Sneachda. An excellent route, the final pitch of which adorns the cover of the current SMC Cairngorms guidebook. Greg & Abi went scrambling up the Avon Slabs on Ben Macdui despite being accosted en route by the aforementioned reindeer, who deprived them of some cereal bars in exchange for safe passage. Phil again decided a walk was order of the day, taking a route from the sugar bowl car park on the Cairngorm road to Glen Feshie via Braeriach & Sgor Gaioth.

Unfortunately at this point we had to start going our separate ways, with Dave & Phil heading down to Edinburgh on Friday. Phil carried on southwards while Dave caught up with some friends for a disreputable stag weekend. The others braved high winds to walk up Bynack Mor.

On Sunday Rob Horler turned up in Edinburgh, reunited me with my car and we headed north again. A couple of routes at Craig a Barnes, near Dunkeld blew the cobwebs away before we headed further north. The weather out west was pretty dreadful, so we ended up heading back to Aviemore for a few days.

Monday had us climbing the technically easy but very windy Final Arete on Stag Rocks, while on Tuesday we found some shelter from the wind on the excellent Savage Slit in Coire an Lochain.

By Wednesday things had cleared up enough to head west. A couple of days in the brilliant Glen Affric hostel were a welcome antidote to Aviemore despite the midge concentration verging on the apocalyptic.

The final afternoon was spent in Ullappool, with a mix of fishing and relaxing kayaking in Loch Broom.

A good trip. Lots of fun, and a good time was had by all.

Phil Orwell gets the trip organisers boot leather ablation award for walking something like 180km. 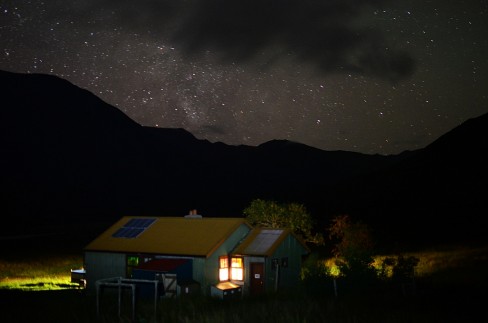 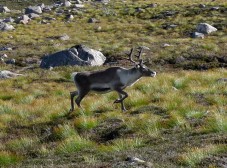 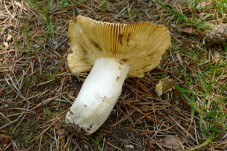 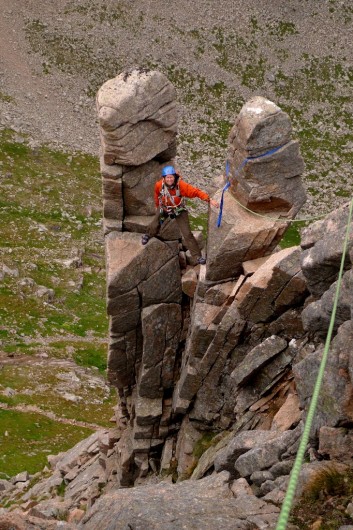 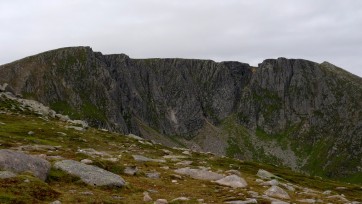 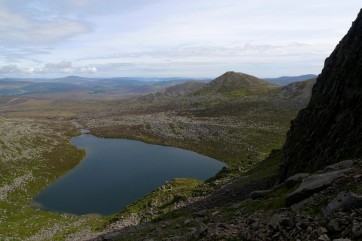 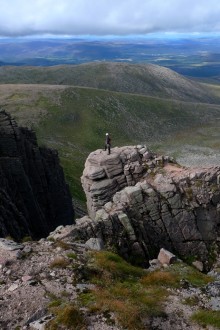 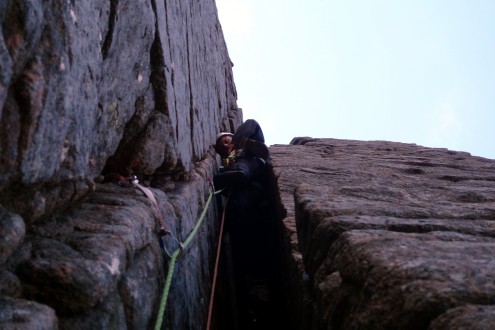 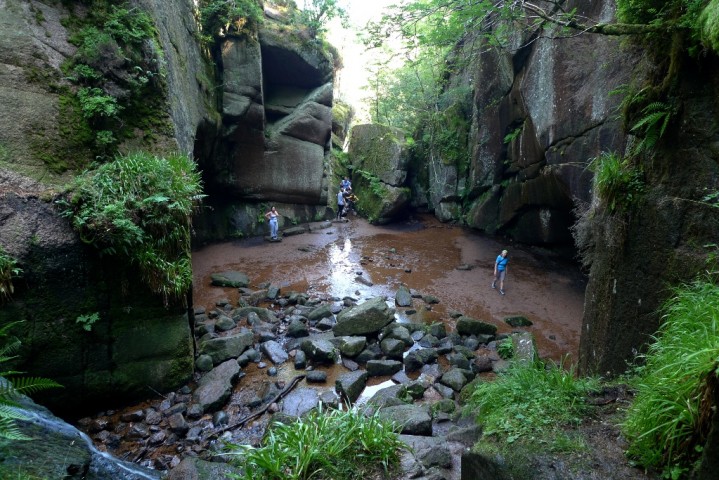