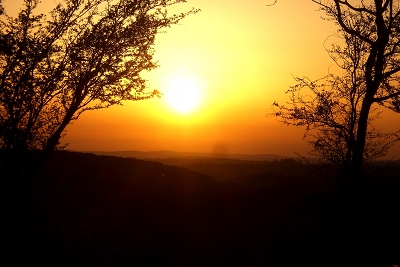 This weekend 3 records were broken: the biggest meet (28 victims), the hottest weekend of the year (21 degrees) and the grottiest selection of climbs as chosen and performed by Dave Linnett and a few other undiscriminating types.

There was concern that a mass stampede to the Dewerstone on Saturday would result in a rock fall so small parties mingled among the Tors in the blazing sun and freezing wind; some wisely choosing to search for random crags in the sheltered valleys. Between us we covered all the climbing venues on offer in Dartmoor- from the unappetising Luckey Tor to the circus known as Haytor. 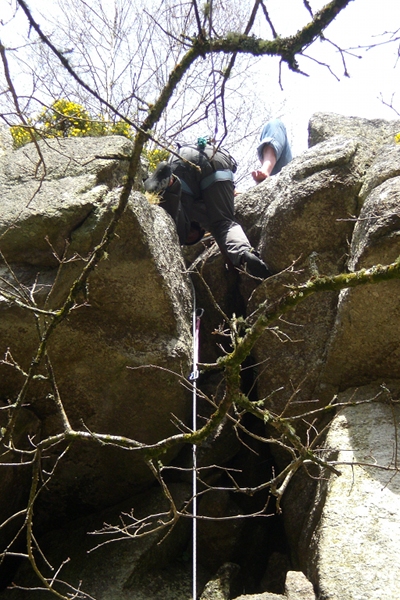 Sporting bright red faces the gaggle of climbers and walkers finished the day in the campsite bar. Jessie the dog missed her pie and pint as she was too knackered to move from Rob’s van after a 13 mile hike with Chris and Roz.

Overnight the cold wind went away to bother someone else and Sunday turned out hot and sunny. Despite the warnings there was a mass stampede to Dewerstone where climbers frolicked among the mossy boulders, budding oak wood and classic routes. No rock falls were noted, just smiling faces.
Thank you Weather Gods. Ritual sacrifices will be performed over the next few weeks to ensure more of the same.