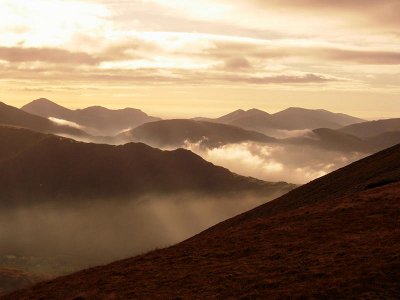 Last weekend saw the AMC head up to North Wales for a weekend of climbing, walking and generally good outdoor fun.

A key mountain skill, often neglected, is that of a detailed route plan and succinct and efficient navigation. Whilst travelling up to the Ty Powdwr bunkhouse Paul received a number of calls asking just where was the bunkhouse? All calls were on a similar theme of; We’re standing by a gate which appears to lead into a field. There’s another gate and no bunk house, can you give directions? It transpired that finding the bunkhouse was a worthy test for an aspirant Mountain Leader and, on arriving in the locale, and having spent quite some time not heading directly to the bunk house himself, Paul was heard saying: I’m going to get lynched for this. All did eventually make their way safe and sound; some commenting on the usefulness of the description: Keep going until you reach the third gate. You’ll think that the path has finished, there’s nothing there, open the gate and keep driving. The author demonstrated his aptitude for making-an-arse-of-himself by pushing (and pushing) the pull-only gate at the entrance; all to the great amusement of Paul and Dave Linnett in the awaiting car.

On Saturday a crack team of AMC mountaineers (Michelle, Nick, Paul, Roz, Steve and Chris) completed a circular hike from the bunkhouse. They summited Carnedd y Filiast, Bwlch y Brecan, Elidir Fawr, Foel Goch and Y Garn – that’s 5 big peaks! After being viciously attacked by a blood-thirsty wild dog [which may have, to the casual observer, looked like Chris being given an over-zealous nibble by a collie) they swiftly sought refuge in a pub before a surreal dusk ascent of Llanberis slate mines back to the bunkhouse. 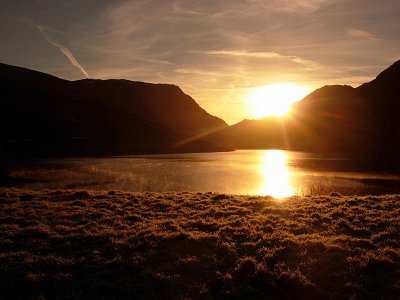 Saturday also saw the start of, unwittingly aborted, resumed and subsequently missed, Llechog Buttress by Greg, Andy, Dave B, Sharon and Karen. Dave receives an honorable mention for making the start of the walk in the first place, despite having first found, visited and returned from a Llanberis mechanic to repair his car. 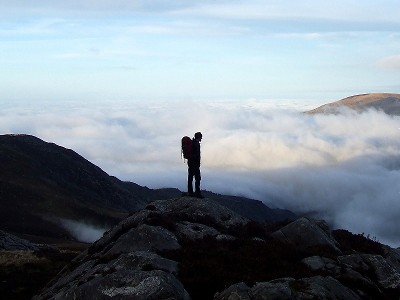 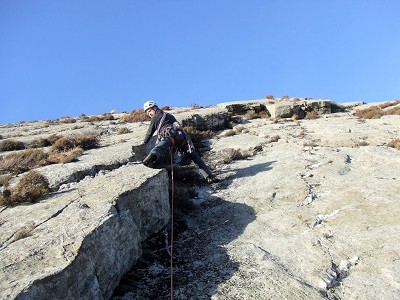 On Sunday a team of Chris, Richard, Roz and Nick walked the ridge from Moel Eilio to Foel Goch – a route with stunning 360 degree views of coast and mountains. While the others strolled back to Llanberis, Nick continued so that he could pay homage to the crag that is “Cloggy”.

The weather remained remarkably clement for a North Wales winter weekend and consequently the walking and climbing were all the more enjoyable. A big thank you to Paul for organising the weekend; the bunkhouse (once found) was superb and a good time was definitely had by all.